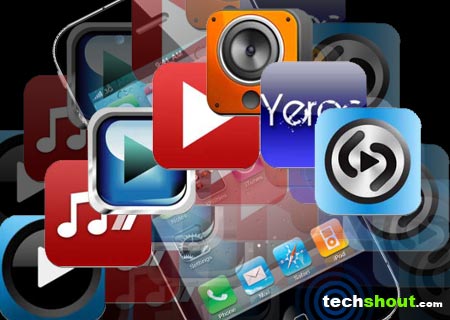 These best iPhone MP3 player apps may just convince you to give up on Apple’s built-in music player and adopt one of these as the preferred one. Besides functions like gesture controls, these applications tag along a number of other intuitive features such as recognizing listening patterns and queuing up songs accordingly. So if you wish to have a player that understands your music preferences, then we suggest you download one of the tools mentioned below to your Apple phone and embark on a musical journey. 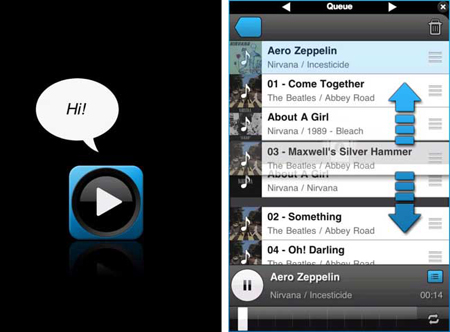 If the developers of this app are to be believed, Panamp is a fast and robust app that enhances the music listening experience to a great extent. The responsive application lets you create queues of your tracks and organizes songs in a simple tree view, allowing you to easily browse through the library.

You can also choose to view numbers saved on the phone in the cascade view and arrange them by artists, albums, tracks or iTunes playlist. Compatible with iTunes as well as AirPlay, it displays playback controls on the screen at all times for easy and instant accessibility. 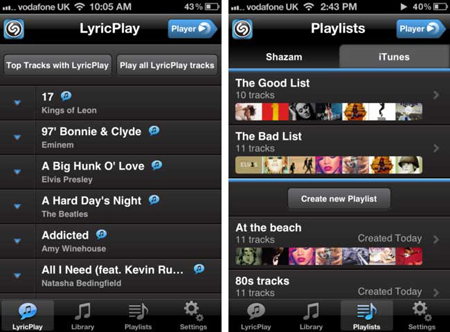 Shazam Player not only lets you listen to your music, but also allows you to hum along using LyricPlay and view YouTube videos of the tracks you are playing. It deserves a mention on our lineup of iPhone MP3 player apps as it gives you the option to get to know your music, besides playing it. You can create new playlists on the move, share tracks with friends through social networking websites like Facebook and Twitter or even buy tracks through the app itself.

It even enables you to manage your songs and hide all those you do not want to listen to. And needless to say, this software brings the song identifying feature to your smartphone too. 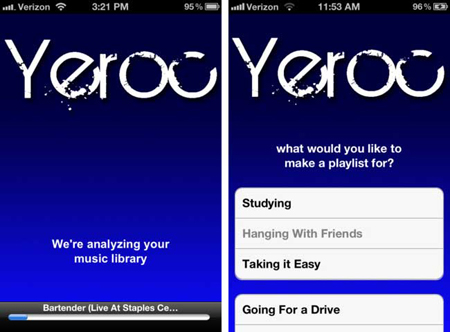 Yeroc Music claims to understand your music as opposed to other applications, that simply play it. With this app installed in your device, you will never have to figure out which songs go well with your activity as the intuitive tool efficiently does that for you. It analyzes your tracks to sort them into playlists for an activity that you’ve chosen from amongst the eight options that are inclusive of studying, hanging with friends, working out, raging, pre-bar, taking it easy and more. You can save your playlists to the favorites page so you have access to your favorite songs at all times. 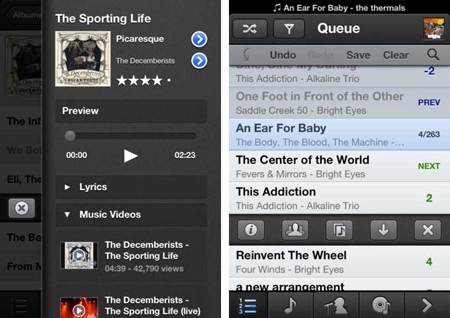 Not all music players offer features like re-arrangeable shuffle, Last.fm scrobbling, true crossfading along with attributes like lyrics and smart queues, as OnCue, The Music Player does. And that’s exactly why the software finds a place on our queue of iPhone MP3 player apps. Building and rearranging queues on the iPhone and iPad is extremely hassle-free as you can drag and drop tracks or create filters and make use of a list of rules. And if that’s not enough, it lets you launch searches, set sleep timers and manage music using gesture controls. It also extends support to AirPlay. 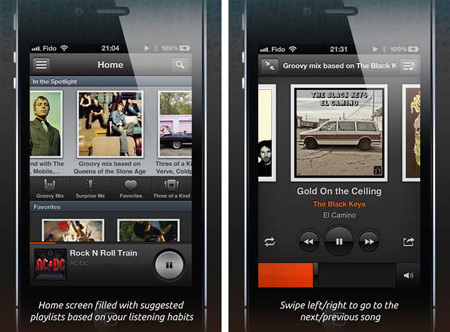 Groove 2 is the app for you, if you are one of those who want an application that does the work of creating a playlist for you. It acts as your own personal DJ, sorts your favorite music and even includes tracks from your library that you may have forgotten about. This tool organizes music into various categories such as pop, metal, electronic, rock and more, and can recognize multiple gestures.

Creating instant mixes, sharing favorite tracks with friends over Facebook or Twitter and scrobbling songs to Last.fm without connecting to iTunes are some of the other features of Groove 2. 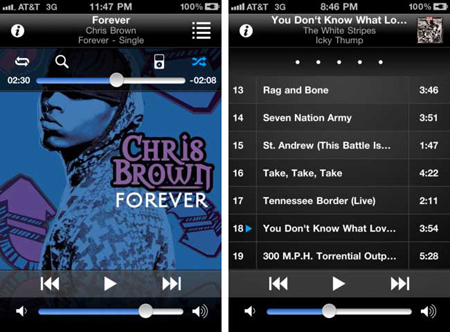 And if you do not want to settle for anything less in a music player, you may consider purchasing the next application listed on our iPhone MP3 player apps roster. It synchronizes with the native iPod application on the phone and boasts of gesture recognition for better control over the music. Its sleep timer ensures that you never wake up with a dead battery and the integrated social networking features let you directly share your music preferences with friends by uploading them to networks like Facebook and Twitter. 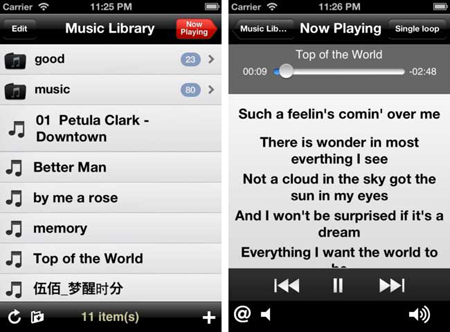 Similar to most of the other applications, MP3 Player displays lyrics along with the ongoing song and works without iTunes synchronization. You can choose to transfer multiple files at the same time via Wi-Fi or USB and even share tracks with friends through email. The timer function comes in handy to pre-determine the time at which you want the music to pause and start playing again.

So if you are one of those who think the native iPod application lacks what you require, consider using one of the alternatives mentioned on our queue of the best iPhone MP3 player apps. Do any of these applications miss out on features you seek, or do they appear exactly how you’d want your music player to be? Drop in a line to let us know.

8 Gadgets for wrapping up this Valentine’s Day