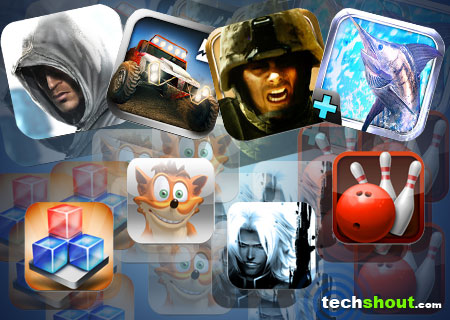 Taking on-the-go entertainment to new heights are the best 3D iPhone games on our roster, which arrive to victoriously conquer spare time and effectively get rid of boredom. These titles, fashioned to give the overall gaming experience a new twist, have incorporated the three dimensional approach, right on your device’s 3.5-inch touchscreen display. For you to make the right decisions when it comes to portable gaming options, we now drench you in an exquisite list of titles that adopt the 3D functionality. 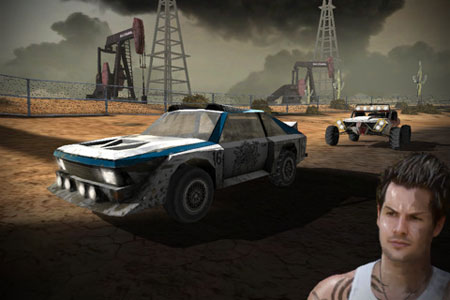 Let’s kick start our list with a racing game christened Uber Racer 3D – Sandstorm. A lot of 3D goodness is packed in here, starting with a completely integrated 3D menu as well as 3D sound with positional audio, stereo output and realistic motor sounds. Then there is also the 3D car physics aspect that offers drifting, suspension and damping, among others.

According to developers Mad Processor, you can exploit more than a dozen vehicles that range from trucks to race cars and even buggies. Speed your way across 10 unique environments as well as 4 race modes namely, Elimination, Race, 1 vs. 1 and Time Trial. 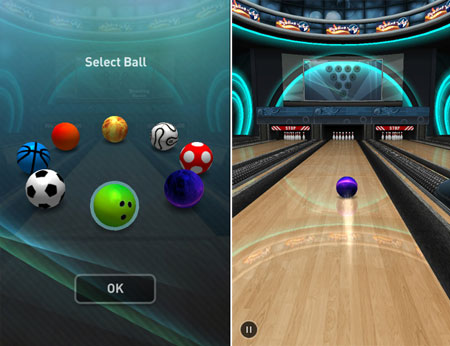 Still dabbling in the sports arena, up next we have Bowling Game 3D. As you may have guessed, the name itself justifies its inclusion in our array of games. Developers EivaaGames aim to bowl you over with its 3D graphics and a trio of modes such as Pass n Play, Single Player and Vs. CPU.

It further brings you 8 custom bowling balls as well as realistic physics for providing a fun experience while ‘running down the alley’. The offering also extends support for full Retina display and the GameCenter, to further make you yell ‘strike’ with utmost glee. 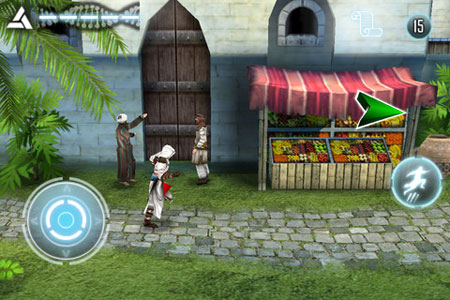 This acclaimed series doesn’t seem to need any introduction, especially among ardent gamers who happen to wield the iPhone. Noted to be the direct prequel to Assassin’s Creed, Altair’s Chronicles is infused with chaotic action, stealth moves, puzzles, exploration and of course, fully 3D-rendered historical environments that will transport you to the Crusade’s Middle East realm. The lifelike element incorporation doesn’t just end there. The dramatic tension is further intensified via its 3D cinematic cutscenes as well as character voices. Apart from this, the title also features skill-based mini games along with fighting tactics for long range attacks and close combat. 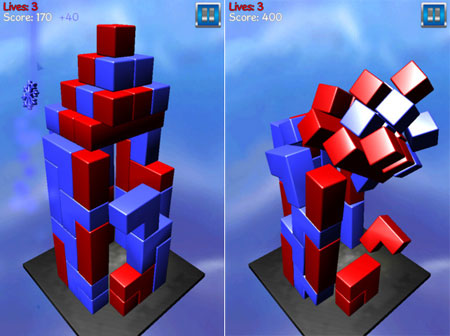 Calling all puzzle enthusiasts out there – you’ll might just want to feast your eyes on Crystal Tower. This 3D physics-based treat enables players to focus their destructive fancies on the 3D crystal blocks. The aim here is to annihilate the blue squares while preventing the red ones from getting knocked out. The former boasts of useful bonuses, which can be availed of by simply tapping on them with your finger.

Besides the already available 60 levels of crushing bliss at your fingertips, the latest version brings in an additional 15 levels and the option of resetting the game data. 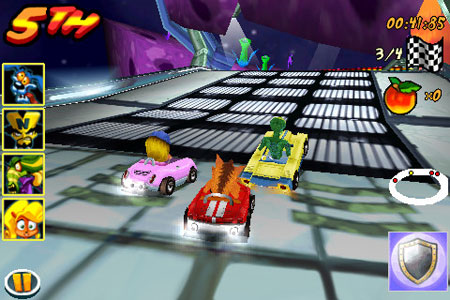 Like Assassin’s Creed – Altair’s Chronicles, this entrant in our iPhone games roster also features familiar elements that have been on the prowl for over 15 years. The well known protagonist has now forayed into the 3D department with Crash Bandicoot Nitro Kart 3D. Players can plunge into a dozen exciting tracks that are strewn across various vibrant environments. Crazy opponents giving you a hard time during races? Just zap them into oblivion with a range of 8 devastating weapons. A little word of caution however, you may find yourself wriggling all over the place while engrossed in gameplay, as this iteration requires you to twist and tilt your Apple handset for completely immersing into the 3D kart racing experience. 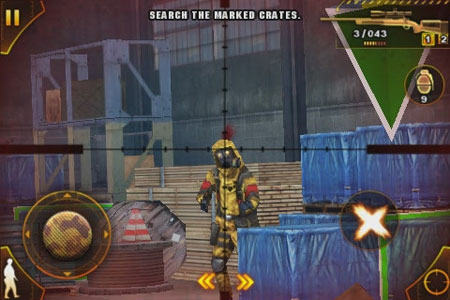 Don’t sit down just yet, as we offer up another delight that will have you performing military moves all over your living room, thanks to the gyroscope control involved in Modern Combat Sandstorm. The action thriller title by developer Gameloft dishes out 10 missions that take place in Middle Eastern environments, speckled with sewers, hospitals, cities and training camps. The company has also brought local as well as online multiplayer modes to this particular entry in our games list. Polished 3D graphics will grace your handset to provide high intensity combat and an authentic military experience. ‘War is hell. Step inside’, quips Gameloft and we suggest you take full advantage of this invitation. 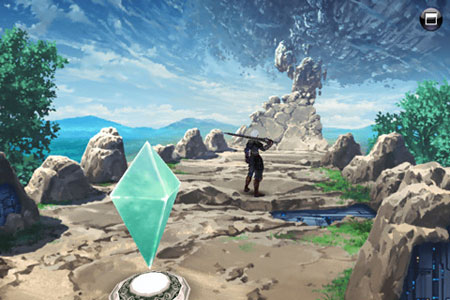 Emerging from the creative minds of the Square Enix team is Chaos Rings, which is doused with smooth 3D graphics that is bound to garner the attention of RPG fans who have an iPhone tucked away in their holster. With spectacular audio and game sounds to match, it unfurls a deep storyline that is embedded with unique twists and multiple endings as well as secret weapons and hidden bosses.

Players can opt for a pair of characters, both with their own stories to tell. However, action enthusiasts can only unravel the mystery behind the Ark Arena, after each tale is complete. By employing the classic game system approach, it fully exploits the iPhone’s capabilities. 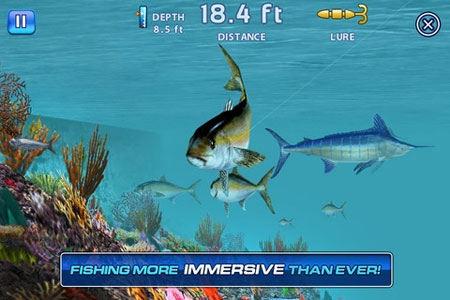 From intense gaming, we now move on to something more relaxing. Have you ever tried your hand at reeling in some creatures of the scaly sort? If not, we suggest you begin with the Fishing Kings Free app, which is an offering that would allow you to set bait for a feeding frenzy while keeping your feet dry.

There are 33 varieties of the slithery sort dunked into this title. These range from piranhas and bass to marlins and golden dorados. You can row out to five beautiful 3D locations plucked right out from all corners of the globe, which include the Amazon River, the Bahamas saltwater and Waikato River.

With these 3D iPhone games downloaded in your Apple device, you can prep your eyes for a complete three dimensional treat that comes along with a side order of gaming mania for your appendages. Seen something you liked in our roster? Well, do let us know by dropping in a line.

N Sambamoorthy gives his take on Epson products in the Indian...