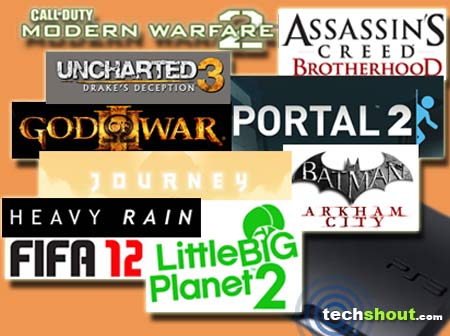 If you haven’t played the must have PS3 games we’ve listed below, you’re missing out on the variety of titles available for the console. Okay, so we’re not passing judgement here. Even if you’re the sort who likes to stick to a particular genre, we’ve got some neat options lined up for all kinds of taste. Also, folks who’ve just bought the console need look no further than this array in order to stock up on some interesting titles. Here they come – 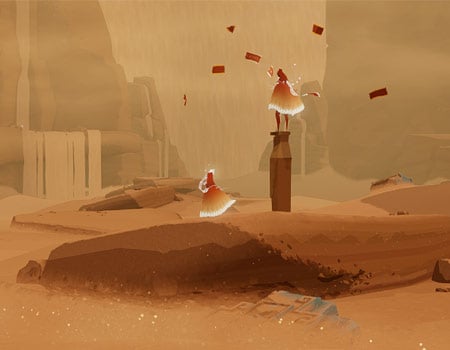 We begin our journey with a gem that’s christened simply as Journey. It’s noted to be an interactive parable which explores the player’s life passage and brush with other players. It is filled with age-old ruins, howling winds, rolling sand dunes and caves. Your aim here is to travel all the way to the highest mountaintop. But in order to get to this point, you’ll have to journey across a mysterious world either alone or along with a stranger. Also featuring unique online gameplay elements, Journey is now available exclusively on the Sony console. 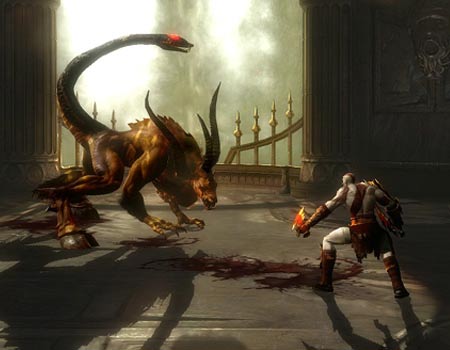 Kratos simply had to make it to our array. Why? Well, he would have certainly been on a warpath if he wasn’t, and we all know what happens when he doesn’t get his way. Nonetheless, God of War 3 has earned its place here for its hack and slash goodness that only the irate protagonist can dish out with ease.

Watch as the ex-Spartan warrior takes revenge on all those who have done him wrong. GOW3 hits the PlayStation 3 exclusively and brings along with it a robust weapon system, lifelike characters and world-altering scenarios. So if you’re a fan of the genre, then this is the one you simply cannot miss out on. 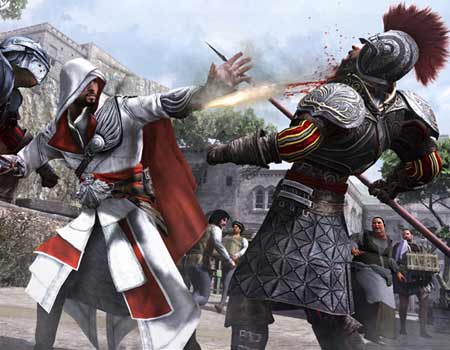 There’s more historical adventure to be had with the mention of Assassin’s Creed: Brotherhood. It’s the third major installment in the famed Assassin’s Creed series. Here, you step into the cape of Ezio Auditore da Firenze, the main protagonist, and travel to Rome, the center of power and corruption. It is reportedly packed with more than 15 hours of single-player gameplay and even introduces a nifty multiplayer mode.

You’ll also be able to rub shoulders with some real historical characters like Caterina Sforza, Niccolo Machiavelli and Leonardo da Vinci. Take off on an advanced flying machine or slit your enemies’ throats with your double hidden blades. 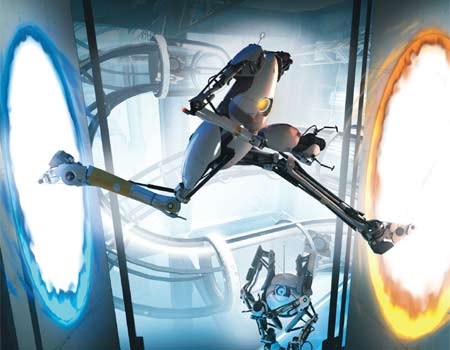 If you simply love dabbling in puzzle-platformers, then developer and publisher Valve Corporation has just the thing for you. Portal 2 manages to foray across our list as it offers tons of puzzles to solve, all of which involve teleporting through the various levels.

So arm yourself with the portal gun and create inter-spatial gateways through solid objects in order to successfully complete each stage. 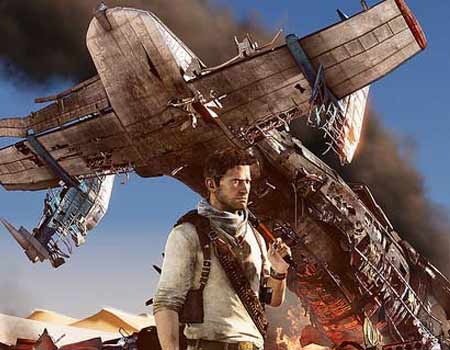 Strap yourself in and await some more breathtaking adventure in Uncharted 3: Drake’s Deception. The third edition in the Uncharted series released nearly a year ago and allowed players to take on the role of Nathan Drake.

He is able to deliver some pain with hand-to-hand combat and contextual melee attacks, among other means. Join the brave protagonist as he scales across narrow ledges and performs acrobatic feats. 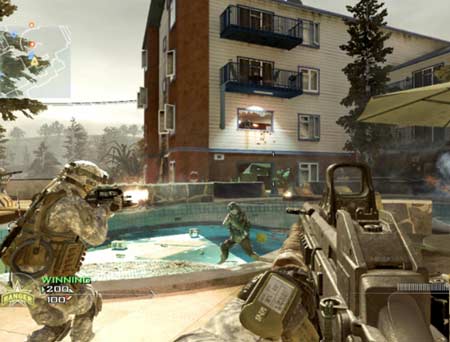 Developed and published by Infinity Ward and Activision, respectively, Call of Duty: Modern Warfare 2 hit the console in 2009. The FPS title is the sixth installment in the acclaimed COD series and picks up where Call of Duty 4 left off.

It is packed to the hilt with an epic single-player campaign and multiplayer goodness as well as a new co-operative SpecOps mode that oozes with an amalgamation of both the aforesaid elements. 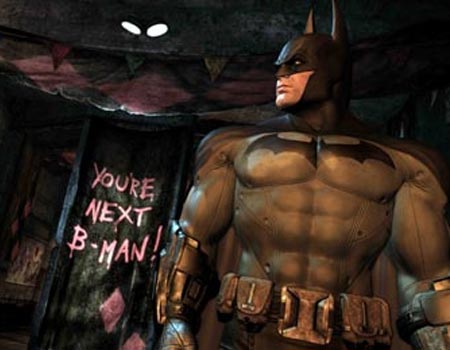 The action-adventure sequel to Batman: Arkham Asylum hit the scene just last year and had both comic book fans as well as players jumping off their couch and heading straight to the store. In Batman: Arkham City, the caped crusader makes his return to the gaming terrain, only this time with more gadgets and a larger slice of the action.

Here, the dark knight takes on the baddies in a new maximum security facility which is home to gangsters, thugs and insane criminal masterminds plucked right out of the Batman universe. 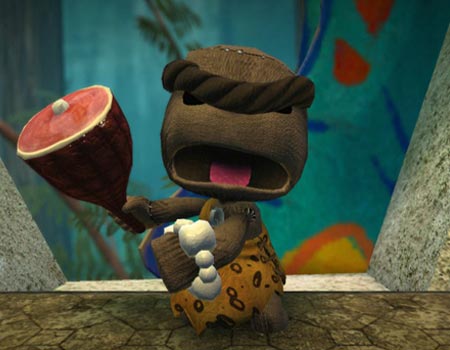 For all those who missed the adorable Sackboy, well don’t look so sad, as LittleBigPlanet 2 makes its way into our roundup. The puzzle-platformer which unveiled in January 2011 bursts forth with a new storyline, added accessories, brilliant graphics and even a new Create mode. Play, create and share is the motto here, and that’s precisely what the developers call on all players to do in this particular iteration. 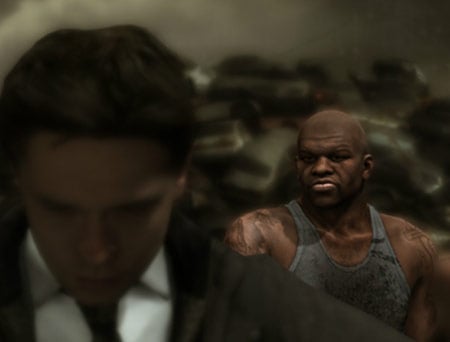 Heavy Rain was exclusively released for the gaming system in 2010 and enabled players to dive right into an interactive drama and psychological thriller. The storyline here sees the presence of 4 protagonists who are in some way or another, involved in the Origami Killer mystery.

The murderer drowns his victims and leaves only an origami figure and an orchid at the scene of the crime. 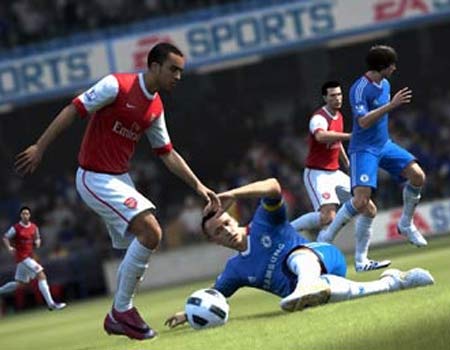 No compilation of the PlayStation 3 titles would be complete without the mention of a formidable sports contender. FIFA 12 slides onto the Sony console with a whole host of interesting features. Besides allowing you to build your Ultimate Team, it also offers more than 500 officially licensed clubs and over 15,000 players, 2 broadcast teams, pro player intelligence, true injuries, tactical defending, easier navigation and precision dribbling.

What are the various factors that you look forward to as you slide the disc into the tray? Well, according to us, it should contain awe-inspiring gameplay elements, beautiful graphics and great sounds to compliment the title, among others. After throwing a glance at the aforementioned must have PS3 games, which ones do you already own? Do you have any particular favorites? Well, do let us know by dropping your comments in the space situated just below. Have we missed out on any of the titles that currently reside in your cabinet or shelf?