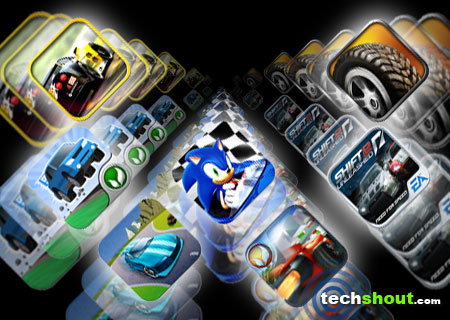 iPhone driving games have always succeeded in providing an adrenaline rush, especially when indulged in while traveling. After listing out the best driving games for Android smartphones and tablets, we now bring out a roster that’s packed with formidable titles fashioned for those who wield the Apple handset. So we suggest you strap in securely and zoom through our varied choices, which are sure to entice you with their captivating gameplay, trendy vehicles and special features. 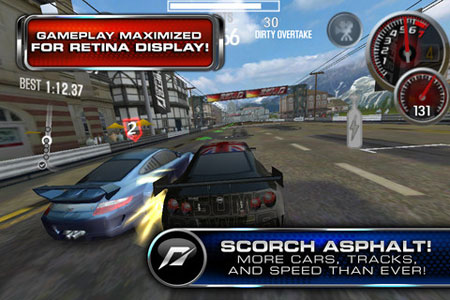 The Need for Speed franchise has, most often than not, enthralled us with various titles spread across different platforms like Sega Saturn, PS2, PS3 and Xbox 360. Besides catering to console and PC owners, EA has also brought the Shift 2 Unleashed game to the Apple Store for the iPhone. This particular offering is packed to the hilt with various exciting attributes.

You can zip through 3 new locations namely, the waterfronts of Rio, the deserts of Abu Dhabi and The Black Forest. Embedded with realistic racing controls, it also provides 20 Quick Race Trials that include 40 cars, 40 events and multiple game modes. Customization options enable you to upgrade your acceleration, suspension and tires as well as personalize your ride with body kits and spoilers. 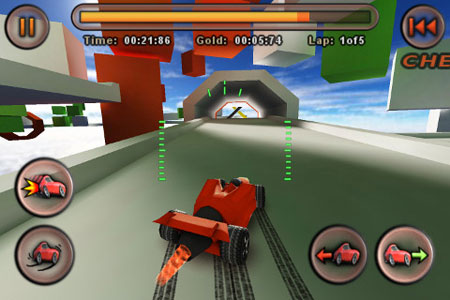 A 3D racing title dubbed Jet Car Stunts skids into our driving games roster. And as the name suggests, you can gear up to perform various daredevil maneuvers and massive jumps. The path that lies ahead of you isn’t going to be a smooth one as the course is laced with many obstacles like floating platforms, mid-air hoops and spiral roadways. But you can definitely conquer these roads by mastering the tight accelerometer driving controls and jet assisted drift handling.

11 Time Trail levels and 25 challenging platforming levels are what you bargain for when you download Jet Car Stunts. Rounding up this app is the inclusion of online leaderboards, challenges, achievements and downloadable replays. 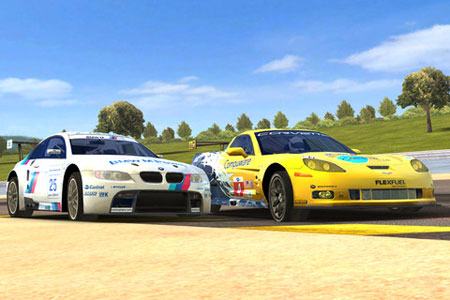 Staying true to its title, Real Racing 2 delivers a realistic driving experience on the mobile platform. There are 30 officially licensed cars available at your disposal, each with its own individual attributes. With pack racing action at its best, the app portrays a 16-car grid for seamless iOS racing. Juicing up your device before jumping into the game would be a good idea as it proffers more than 10 hours of massive career mode gameplay. This covers fan favorites like head-to-head races, time trials, single ‘cup’ races, eliminations, qualifiers and championships. Other features include auto-matched 16 player online races, 8 player local Wi-Fi races and Time Trials. You can maneuver your vehicle by either tilting the iPhone or touching the onscreen controls. The choice is yours. 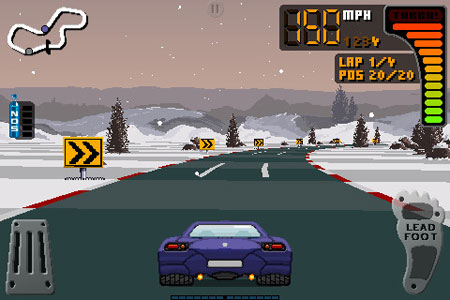 A touch of retro finds its way to our driving games lineup with 8 Bit Rally. With the name being a crucial giveaway, this game switches into reverse gear only to provide you with an arcade racing app which is reminiscent of the days gone by. The title takes you through 40 treacherous tracks that have been speckled across 6 continents such as the deserts of Africa and the jungles of South America.

In order to claim the coveted 8 Bit Cup, you will need to overtake 19 other formidable competitors. Aiding you in this endeavor is the ability to perform upgrades on your engine, wheels and transmission. And adding to the whole old school feel is the inclusion of retro tunes which is fashioned exclusively for this game. 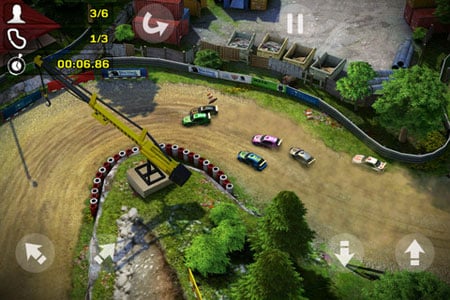 Reckless Racing 2 seems to have it all. Besides serving up a wide selection of 18 highly detailed vehicles that include fast supercars and small dirt buggies, it also brings forth 24 paths laid across both tarmac and dirt routes. You can take advantage of the competitive Career mode which enables you to earn currency for purchasing cars and their upgrades.

Looking for a quick race to indulge in during your tea break while at the office? Well, the Arcade mode should suit your need with 40 pre-defined challenges. Also thrown into the Reckless Racing 2 mix is the Single Event mode that comprises of Hot Lap, Race and Elimination events. The wide variety of upgrades and parts can be used to tweak your ride according to your preference. 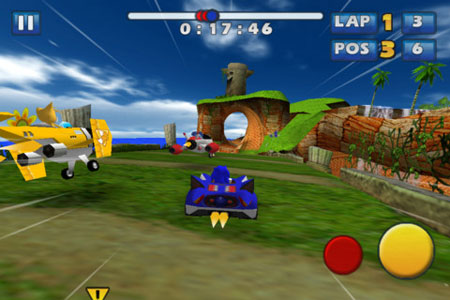 If 8 Bit Rally had you reminiscing about the good old times, then the next entrant in our driving games would surely bring back some great memories. All your favorite characters plucked right out of the Sonic series, make their appearance in this iOS title. Some familiar faces include Sonic the Hedgehog, Tails, Doctor Eggman, AiAi, Amigo and Billy Hatcher. They will be seen battling it out across more than a dozen white-knuckle courses. However, gaining the upper hand isn’t as easy as it sounds. All along the way, you would need to steer clear of traps while firing missiles at your opponents. Unlike many of the aforementioned games, this particular inclusion offers a hilarious spin on things. The critters are seen driving to the finish line in various vehicles like monster trucks, cars, bikes, planes and a banana. 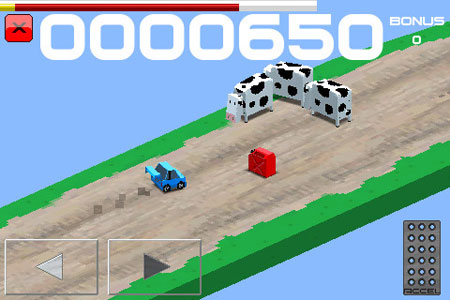 Our final entry namely, Cubed Rally Racer is noted to be a 3D isometric rally car racing game. Admit it. You love the classics and shying away from them can be a hard thing to do. Just ask those who purchased the 8 Bit Rally and Sonic & Sega All-Stars Racing titles. This offering too infuses retro elements like 8 bit style 3D graphics, among others.

There are more than 40 types of sections as well as randomly generated levels complete with track elements like walls, jumps, curves, ships, whoops, gophers and cows. Although it sports various retro features, it does have a touch of modern technology with Twitter and Facebook integration as well as the OpenFeint leaderboard and achievements.

Anyone hungry for some road-rage action? If yes, then step into the cockpit and burn rubber as you slide through the gaming tarmac, armed with just your Apple handset and a few options offered in our list of iPhone driving games. If you took an instant liking to any of the mentions, why not drop in a comment telling us about it?

10 iPhone Tricks You Didn’t Know You Could Do

IPL T20 Cricket 2011: A craze that bowled over online sites