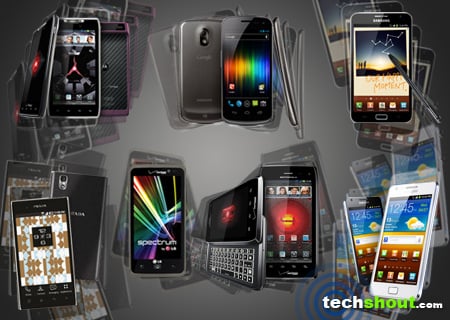 When combing through your options of the best Android smartphones available today, you may realize that there is no dearth of devices under this category. But it will soon become apparent that some of the handsets easily stand out amongst the rest. Needless to say, several have managed to wriggle into this roundup. These entrants possess high end features to deliver an Android experience which will either bring in a taste of Gingerbread or Ice Cream Sandwich to satisfy your tech appetite. So read on to figure out which one you may be getting hold of next, or if your current smartphone has found a place on this lineup. 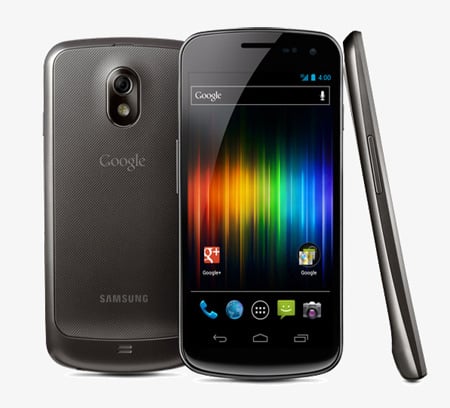 Not many Android loyalists will be able to forget the excitement surrounding the arrival of the Samsung Galaxy Nexus that brought in a dollop of Ice Cream Sandwich. Complete with a 4.65-inch HD Super AMOLED contour display, the smartphone comes fueled by a 1.2GHz dual core processor. Besides supporting these high end features, the handset may just compel you to transform into a photographer as it has a 5MP primary snapper with AF and LED flash, which is capable of recording full HD videos.

Incorporated with a 3MP secondary camera, this 4G LTE enabled device brings a generous 32GB storage space for hoarders out there. The latest Android OS breathes attributes such as Android Beam for quick transferring of content and Face Unlock into the handset. The NFC capable Galaxy Nexus is up for grabs at a price of about $629.69. 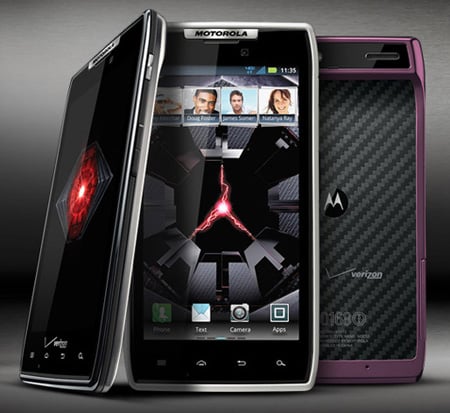 Another name that comes to our mind when squiggling out the Android smartphones roster is that of the Motorola Droid Razr. This Gingerbread slice can be upgraded to provide Ice Cream Sandwich goodness. Its sleek 7.1mm chassis embeds a 4.3-inch Super AMOLED Advanced qHD display which proffers resolutions of 540 x 960 pixels. Powered by a 1.2GHz dual core processor, the rear panel flaunts an 8MP snapper with 1080p HD video recording capabilities, while the 1.3MP camera captures 720p HD videos.

Thanks to the integrated 1780mAh Li-ion battery, you can enjoy up to 750 minutes of talk time on a single charge. This 4G LTE enabled handset is available in 16GB and 32GB storage capacities. You will be required to shell out $539.99 for taking this offering home. 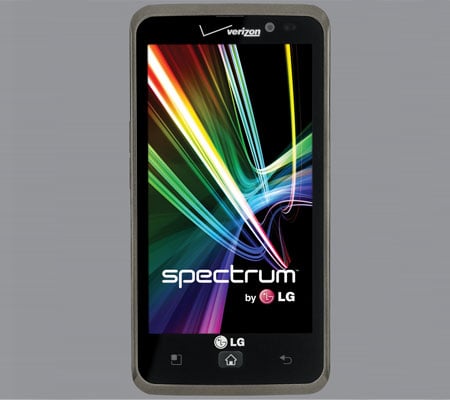 Last month, the smartphone arena was seen welcoming the 4G LTE LG Spectrum which dons a 4.5-inch true HD display. It leans on a mean Qualcomm 1.5GHz dual core processor to keep it fueled. And like most other devices in our best Android smartphones lineup, this Gingerbread device can be upgraded to deliver the Ice Cream Sandwich OS. As for the cameras incorporated on the offering, the rear facing one reads out to be an 8MP sensor with full HD video recording ability, while the front facing one is a 1.3MP snapper.

It extends support to proffer Dolby Digital Plus for audiophiles and wraps in a 16GB microSD card with 4GB internal memory to save your favorite tracks and more. This offering can be obtained at a price of $199.99 through Verizon. 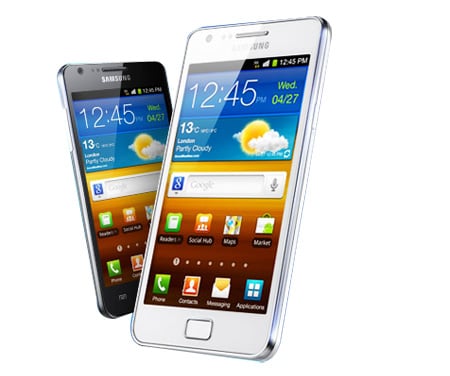 Our list would have been incomplete without the presence of the Samsung Galaxy S II which has received approval from many Android loyalists across the globe. This Gingerbread running headset proffers HSPA+ and is also Bluetooth and Wi-Fi enabled. Its sleek 125.3mm x 66.1mm x 8.49mm form factor integrates a 4.3-inch WVGA Super AMOLED Plus display on the front, while the rear panel boasts of an 8MP snapper with AF and LED flash.

Additionally, the front-facing 2MP camera can be employed to snap up self-portraits besides being utilized for chats and conferences. Powered by a dual core application processor, users can choose between its 16GB and 32GB versions. The price tag on the former is stamped at $589.99 as of now. 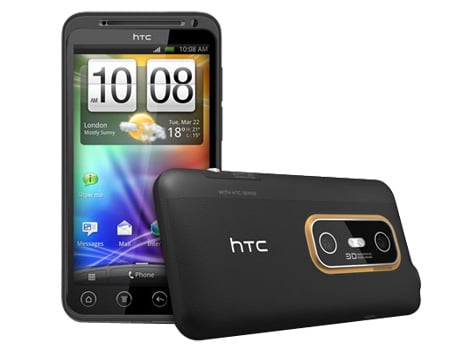 The HTC EVO 3D facilitates capturing and playing back videos in 3D. If you dig this recent glasses-free technology and happen to be an Android fan, then give these detailed specs a closer look. The phone sports a 126.1mm x 65.4mm x 11.3mm form factor and tips the scales at 170 grams. It possesses a 3D touchscreen spanning across 4.3 inches, while a Qualcomm 1.2GHz Snapdragon dual core chip powers up the device.

Additionally, this device on our Android smartphones roster features dual 5MP cameras to capture 3D photographs and has a 1.3MP front-facing snapper. It supports a microSD card slot so that besides the 1GB onboard memory, you can also expand the external storage to 32GB. This Gingerbread slice is currently selling for $414.99. 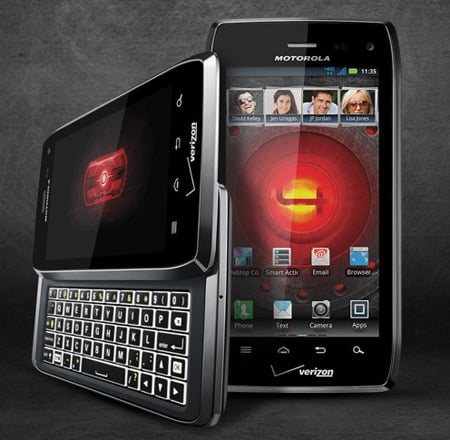 The latest Motorola Droid 4 smartphone drags along a slide-out QWERTY. This 4G LTE handset is incorporated with an 8MP camera while the front facing snapper is a 1.3MP one and possesses 720p HD video capturing capability.

Running on Gingerbread, it weighs just 179 grams. As for the screen, it dons a 4-inch TFT LCD display proffering resolutions of 540 x 960 pixels. Powered by a dual core 1.2GHz chip with 16GB internal memory, this recently announced Motorola Droid 4 can be acquired for a price of $199.99 through Verizon. 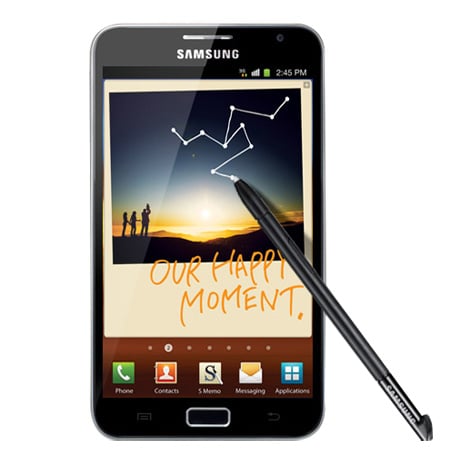 The Samsung Galaxy Note’s generous 5.3-inch WXGA HD Super AMOLED display didn’t fail to create headlines, but if you intend to pocket this offering, then run through the other details to know if it suits your needs. Fueled by a 1.4GHz dual core processor, you can employ the S Pen to put your creative ideas onto the handset. The smartphone has an 8MP sensor with full HD recording capability sitting pretty on its rear panel, while the one on the front is a 2MP camera. Furthermore, the content sketched out along with other multimedia data can be stored on to the onboard 16GB memory. Running on Gingerbread, this device can be bought at a price of $683.99. 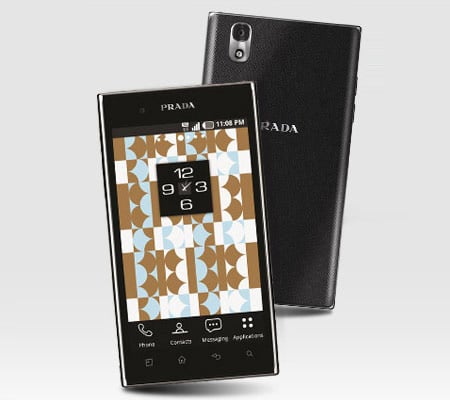 Whether you are simply fashion conscious or intend to make a style statement, the LG Prada 3.0 can aid you in that department besides connecting you with the rest of the world, of course. The handset is tagged at $663.79 and drapes the label’s Saffiano pattern on its rear panel. It wraps in a 4.3-inch full glossy Nova touchscreen delivering 800 x 480p resolutions. Plus, it fits a 1GHz dual core chip and a 1540mAh battery within its sleek 8.5mm body. The Gingerbread running device has also been endowed with a black and white themed UI designed by Prada and LG. Images captured from its 8MP camera can be saved on the 8GB onboard memory to be shared with family and friends alike.

This is where we will be hitting the brakes on our best Android smartphones roster which brought you choices from HTC, LG, Samsung and more. Go ahead and write in a comment about the one that has made its way into your pocket and if you are planning to replace your current handset with any of the aforementioned.