With the range of top high end phones from some of the most renowned mobile manufacturers out there, you should be one step closer to trading up. Agreed, they are unlikely to go easy on your pocket, but their specifications and features are certainly worth it. So if you want to flaunt a smartphone that becomes the object of envy for others, our compilation will surely help you with the task of short-listing the best one. Take a look. 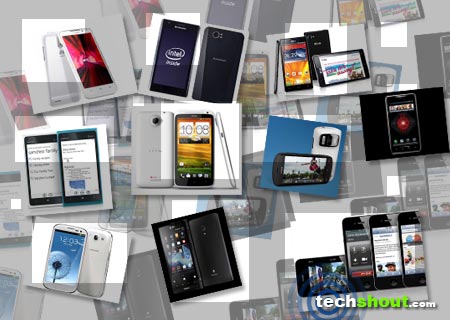 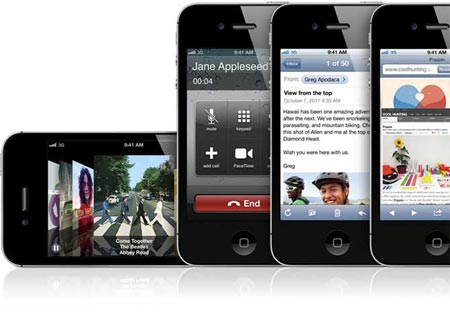 The iPhone 4S enjoys the privilege of being one of the best phones and many people will side with us for giving it the top slot on our list. ‘The most amazing iPhone yet’ employs the proprietary dual core A5 chipset and operates with the assistance of iOS 5.

Outfitted with a 3.5-inch Retina display, it comes with a front-mounted webcam and an 8MP iSight camera. And do we really need to tell you anything about its ability to understand natural conversation?

To say that the Samsung Galaxy S3 is one of the most sought after phone running Android, isn’t an overstatement at all. A 4.8-inch Super AMOLED touchscreen sits on the front panel along with a 1.9MP camera, while the flip side is graced by an 8MP primary snapper.

A dual-core Snapdragon chipset replaces the Exynos Quad processor and the US-bound variant also happens to be the first Samsung phone to feature 2GB RAM. It runs the Ice Cream Sandwich platform. 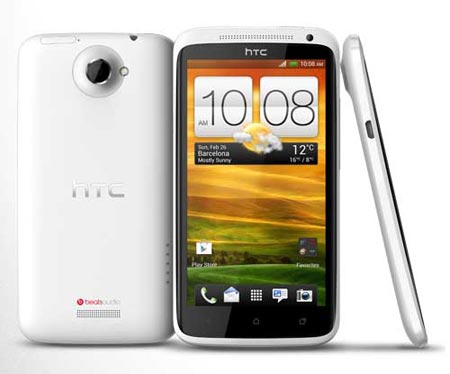 The Galaxy S3 is not the only device that leaves its quad core processor behind before entering the US, the HTC One X comes under that category as well. This HTC phone shows off a 4.7-inch multi-touch display and switches to a Qualcomm processor for LTE network compatibility.

It is powered by the Android 4.0 OS tweaked with HTC Sense 4.0 and comes with Beats Audio and the ImageSense technology. An 8MP rear-facing camera and a 1.3MP front-mounted webcam lets you click images as well as engage in video conferencing. 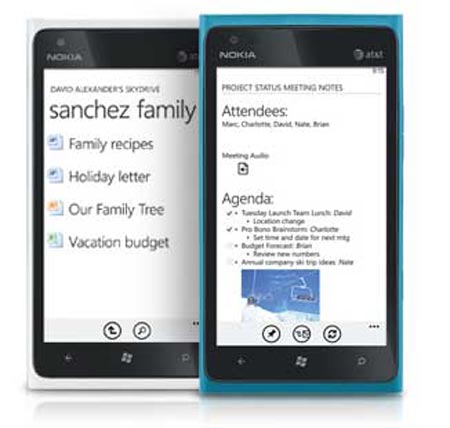 The association between Nokia and Microsoft sure bore sweet fruit for both companies, as the Lumia range has successfully made its mark in the smartphone segment. This Windows Phone-powered handset comes with an AMOLED ClearBlack display reinforced with Corning Gorilla Glass that offers a multi-touch real estate of 4.3 inches.

It is also the only Lumia phone to have a front facing webcam and even boasts of an 8MP primary shooter for shutterbugs. 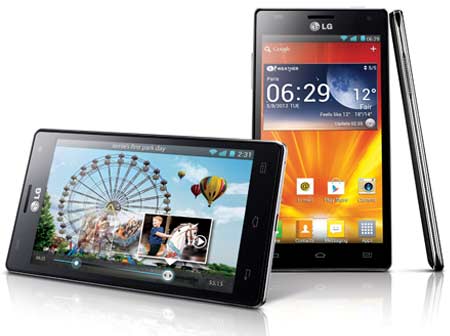 While most major manufacturers are incorporating a quad core chipset in their handsets, how can LG be left behind? The company too introduced the Optimus 4X HD, which is worthy enough to deserve a mention on our lineup of expensive phones.

It takes advantage of the Nvidia Tegra 3 CPU that tags along a battery-saving fifth core to cough up the juice for a long time. It is draped in a 4.7-inch True HD IPS panel and like most others mentioned above, comes with an 8MP camera. 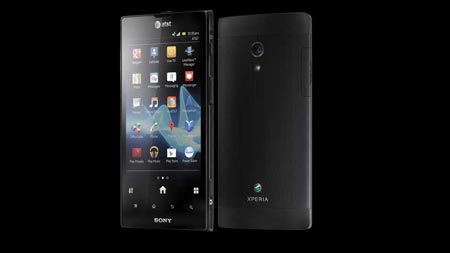 One of the first few smartphones released by the company after it parted ways with Ericsson, the Sony Xperia ion comes across as an eye-pleasing device complete with advanced features. It tips the scales at 144 grams and dons a 4.55-inch scratch-resistant multi-touch display on its thin profile. Fueled by a Qualcomm Snapdragon processor that clocks in a speed of 1.5GHz, it ships with gingerbread but is likely to receive the ICS update soon. And unlike most of its counterparts, the handset is the proud owner of a 12.1MP camera possessing features like LED flash and 16x digital zoom. 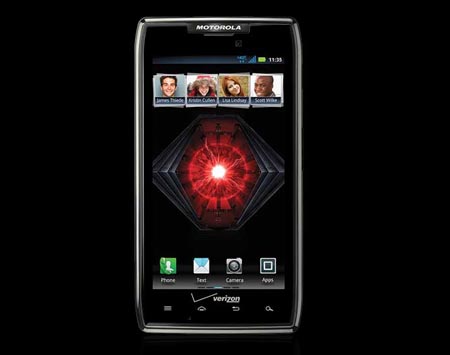 As the Droid Razr Maxx boasts of keeping the juices flowing for longer than most other devices of its ilk, you are not likely to run out of battery in the middle of a conversation.

Exclusively available through Verizon Wireless in the US, the handset builds on the success of its predecessors and brings a 1.2GHz dual core processor, 1GB RAM, a 4.3-inch Super AMOLED touchscreen, an 8MP camera and 4G LTE compatibility. 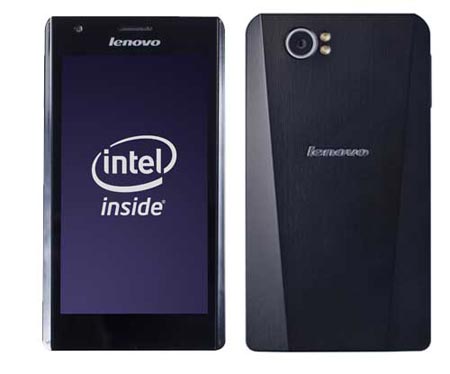 Intel’s foray into the smartphone market has been a very successful one, so much so that the LePhone K800 with Intel Inside has been added to our queue of expensive phones. The company has joined hands with Google to include the Android OS besides the Medfield platform in the phone. Apart from the 1.6GHz Intel Atom processor, the smartphone with a 4.5-inch multi-touch display has been bestowed with a 400MHz GPU and 1GB RAM. 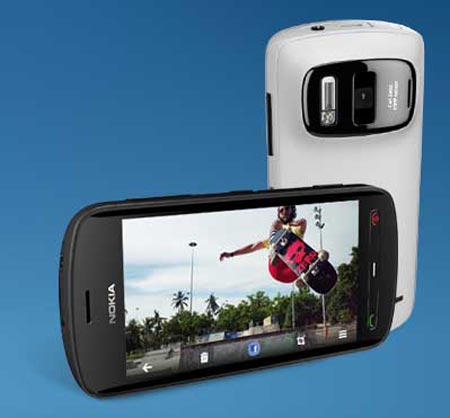 Although the higher spots in the phone market are dominated by the those running Android, iOS and Windows Phone platforms, a Symbian-based device has also managed to nudge its way up.

Besides the much-hyped 41MP camera sensor, this mobile device comes with Carl Zeiss optics and 16GB internal memory to save all those pictures. It is outfitted with a 4-inch AMOLED ClearBlack display with Corning Gorilla Glass to withstand scratches. 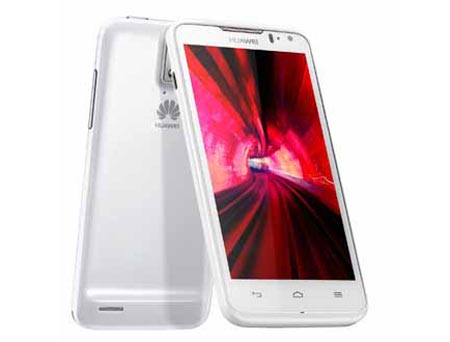 While you may have expected only the major companies to feature in this catalog, certain upcoming OEMs like Huawei are also trying their best to get there. As the name suggests, this smartphone has been integrated with a quad core processor and treats you to a slice of Ice Cream Sandwich.

The phone’s high-resolution 720p touchscreen measures 4.5 inches and is accompanied by an 8MP rear camera and a 1.3MP front camera.

What’s pretty evident in the aforementioned array of high end phones is that the Android devices dominate the segment hands down. We have added unlocked version prices of the devices which are yet to be picked up by a carrier as well as the two-year commitment pricing for those which have already debuted in the country. So are you willing to grab an Android smartphone or would you rather go for one of the other operating systems? Do share your views with us.