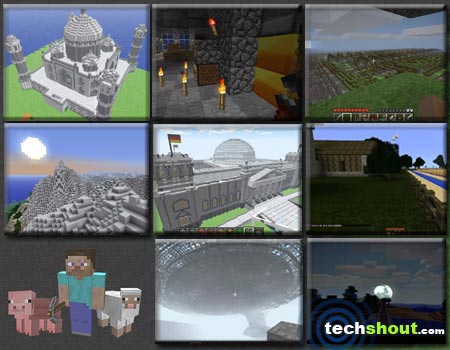 A treasure chest of the best Minecraft creations is what you can unearth right here. The title in question has certainly made its presence felt in the gaming scene ever since it released for the PC around mid-2009. After leaving players intrigued by its developmental alpha version and updates, the brains behind this ginormous title finally published a full release edition in November last year. The game even officially released for Android and iOS-powered devices as well as across the Xbox 360 platform. And just in case you’re wondering who’s the wizard of Oz behind the curtain for this innovative project, well it’s a Swedish programmer called Markus ‘Notch’ Persson. The title is further developed by Mojang and 4J Studio. The game enables you to tap into your creative side and produce works or art. And that’s precisely what some bright minds have done, brick by brick. Take a look. 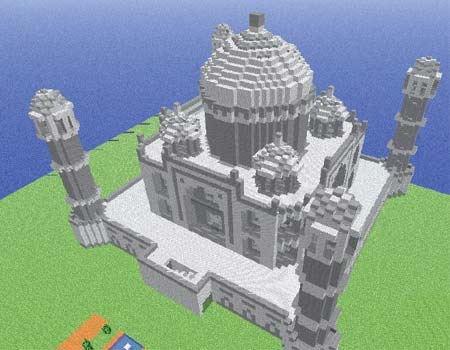 One of India’s most beautiful jewels, the Taj Mahal has been replicated within the confines of Minecraft. The original spectacle was built by Mughal emperor Shah Jahan as a token of love for his beloved wife, Mumtaz Mahal. And while it took the artisans and laborers more than 20 years to erect the massive structure, RealG, Curi, Henrz and a few other individuals responsible for its virtual representation recreated it in just a little more than two-weeks time.

The colossal construction comes complete with minarets, domes, trees, a lush garden and even a reflecting pool. Wonder if the great Emperor ever thought that such as day would arrive when his masterpiece was be depicted in virtual space. 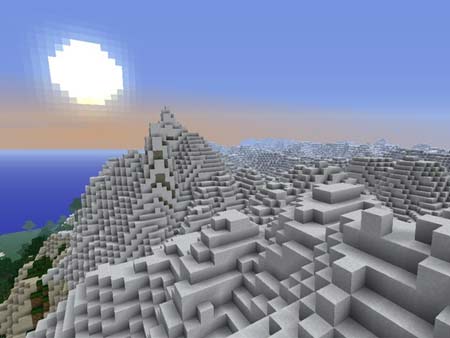 When you can create anything under the sun, why not try fashioning something that’s located just 2 planets away from it? Well, you guessed it right. This particular entrant in our Minecraft creations roster is the game version of our very own world, continents and all. It’s been scaled tremendously so that the content neatly fits within the game globe. This means, the mighty Mt. Everest rises not-so-tall at just 121 blocks. According to the developer Salexp, the outcome would not have been possible without refereeing to different images from NASA like elevation, satellite, landmass and vegetation maps. The fully playable world comes in single-player and multi-player versions. 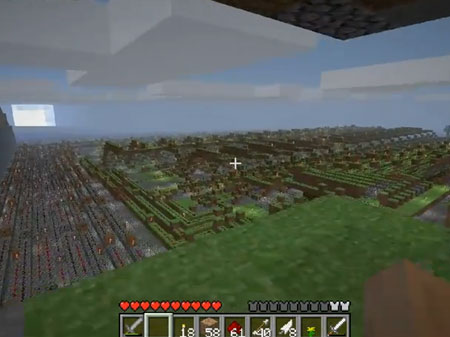 A game enthusiast who goes by the name of “theinternetftw” aims to formulate a 16-bit computer that runs completely within the game’s confines. This feat is fueled only by the maker’s imagination and determination, with a little help from a Redstone Simulator program and McEdit.

He has further undergone hours of modification, experimenting with prototypes and debugging already. 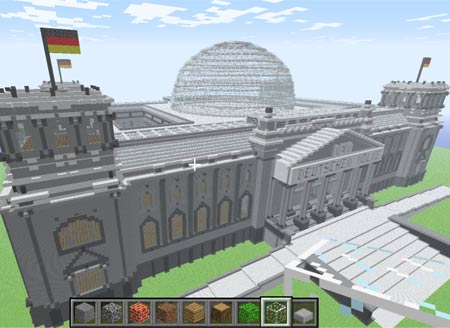 The actual counterpart of this inclusion in our Minecraft creations list is located in Berlin, Germany. It was originally erected for the parliament of the German empire. The game version reportedly measures 250 blocks, 225 blocks and 130 blocks in width, length and height, respectively.

Scaled to 1 block = 1 meter, the mighty structure was built on a public server. 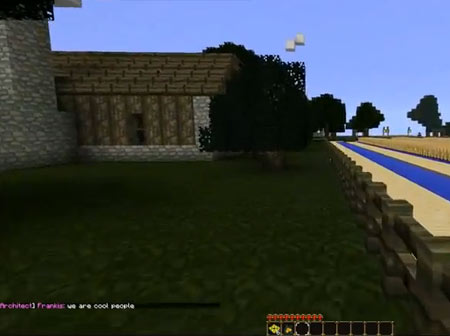 While The Lord of the Rings fans eagerly await the arrival of The Hoobit movie, they can satisfy their craving by taking a peek at this software piece. The author of the renowned fantasy novels, J.R.R Tolkien painstakingly jotted down several maps and different regions that made up the vast expanses and detailed backgrounds. From the Misty Mountains to Bree Hill and Weathertop, you’ll be able to find all these places and more rescaled and fitted into the gaming confines. 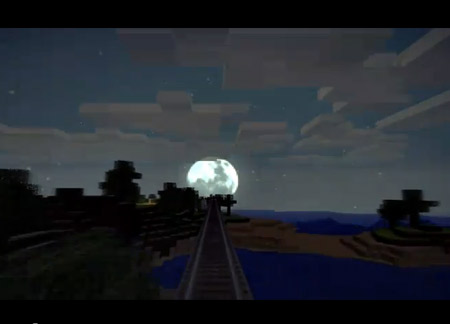 The really long rail that’s featured in our Minecraft creations array is created by Brett Sanders. It apparently took him just 24 hours which spanned across a period of 2 months to fashion this program.

The developer further goes on to reveal that it’s about 27 minutes side to side when chalked out in real time. 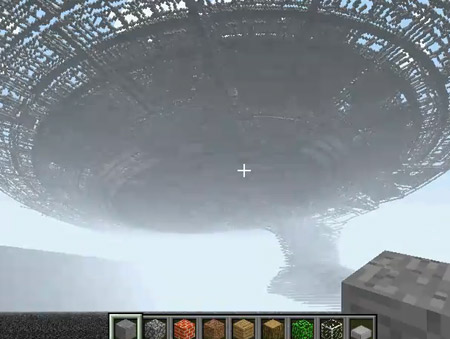 Star Trek fans will definitely want to catch a glimpse of this humongous beauty. The final size of the ship is 785m x 570m x 168m while the pit is a little bigger than the original plans that read as 800 x 600 x 180 meters.

You’ll even be able to espy all 43 decks. Furthermore, the maker formulated all these plans on a creative server. 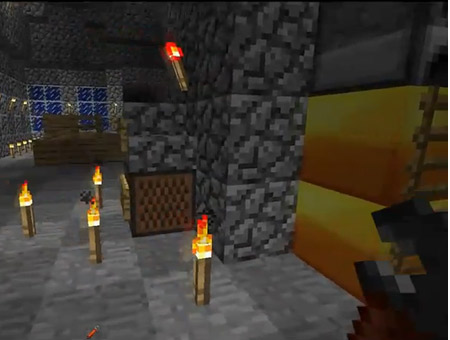 The city of Rapture comes to the land of Minecraft via this contender. However, don’t go in thinking you’ll see an exact replica of the BioShock area. The developers have kept some of the game’s vital elements intact while adding a few new surprises of their own that weren’t present in the title.

For one, the makers have infused a giant Surface Recreation Dome.

There are loads of projects out there that declare to be the best and the brightest. And while they may not be all that wrong, there are only a certain few who can claim the crown of being the best Minecraft creations till date. And we’ve placed that tiara on the deserving heads right here. They are all spectacular marvels in their own right. Starting from scratch, the great minds behind the aforementioned wonders have mined and placed tiny blocks in strategic ways so as to come up with awesome feats. All of the gems have been inspired by real life or fictional structures that have caught the imagination of individuals for years now. So which ones made an impact in your eyes? Was it the beautiful rendition of the mighty Taj Mahal or the recreation of J.R.R. Tolkien’s Lord of the Rings setting of Middle Earth? And once you decide on the winners, do let us know by dropping your comments in the box below.