The following best iPad movie apps will definitely find a place in your Apple tablet, especially if you’re a big film enthusiast. It’s lights, camera, action all the way to your favorite portable device. The large screen it houses is certainly ideal to watch all your favorite movies while on the go. This way you won’t have to compromise on both, video quality as well as your slice of all the cinematic action that’s currently taking the world by storm. You can also catch up on your daily quota of films without lagging behind even if you have an errand to run outdoors. Simply stock up your desired clips and you’re good to go. 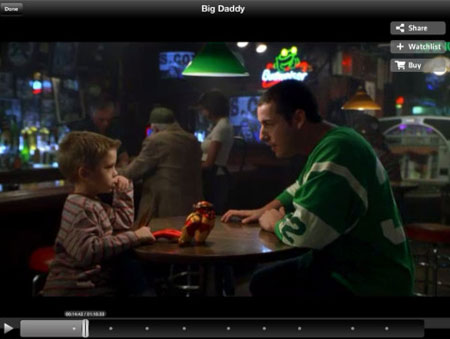 This crunchy treat lets you watch full-length movies over your iPad absolutely free of cost. What’s more, the developers of the app will keep replenishing the heavily-loaded roster with new movies as well as TV shows each month. You can sit back and relax with flicks that are spread across a host of genres such as action, comedy, horror, sci-fi, anime, crime and thriller.

You’ll also be able to create and manage a special Watchlist for employing either online or via the portable program. Stream HQ video through Wi-Fi, 3G and 4G as well as watch Crackle directly on your Apple TV via Airplay. However, this app is only extended to movie buffs situated in the US, the UK, Canada, Brazil, Australia and Latin America. 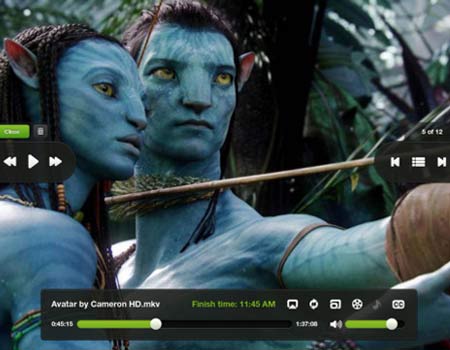 By parting ways with just under $5, you’ll be able to sink your teeth into a tasty treat that’ll help you take complete advantage of all your movie watching features. It supports most file formats like XVID/DIVX AVI, WMV, ASF, MKV, M2TS, RMVB, H264 and TS as well as other subtitle formats like ASS, SRT, SMI, SUB and TXT.

Some of the software’s other attributes include Wi-Fi upload, Dropbox support, file management, USB sync, play modes, screen lock, playlists and streaming. This inclusion in our iPad movie apps array also boasts of a Resume Function which enables you to pick up from where you left off even if your application suddenly shuts. 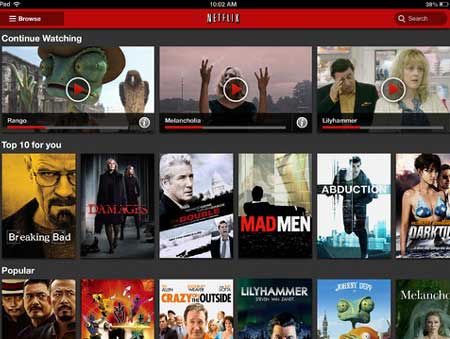 If you’re a Netflix member and rely on its subscription service to satisfy your Hollywood hunger, then you’ll be happy to know that there’s even an app that enables you to enjoy all this and more directly through your Apple gadget.

There is a plethora of movie names to take advantage of right here. You’ll also be able to surf through numerous titles of your choice as well as new episodes, if you’re into TV sitcoms. You can even start watching a certain flick on one device and continue the show on another. 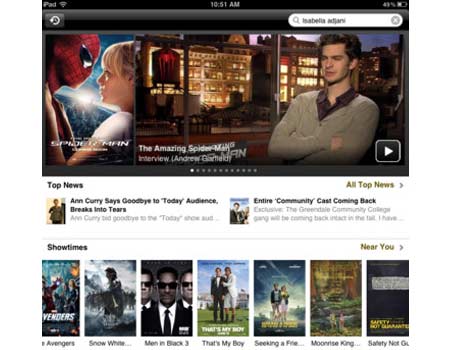 Through this particular entrant in our iPad movie apps roster you’ll be able to browse through photos of your favorite starts, watch trailers, and even rate your desired films. It’s also you’re one stop shop for gathering up information bits on everything pertaining to cinema.

This includes trivia, reviews, goofs, quotes, user ratings and even plots. Some of its other features include TV listings, upcoming movies, latest DVD releases, recaps of TV shows and film show times. 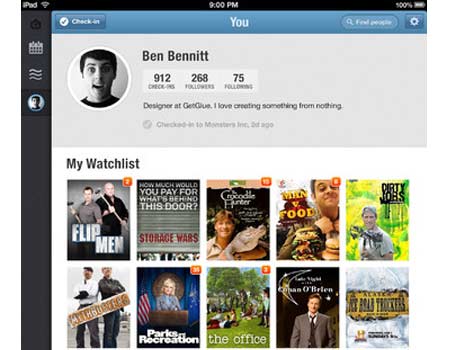 This seems to be a definite must-have for anyone who simply loves to watch the stars, and you know we aren’t talking about the heavenly body sort. Through this useful application, you can seamlessly manage a personalized guide which keeps you updated on all the latest movies you simply need to watch as they hit the scene.

You’ll also be able to grab hold of new movies and shows, get recommendations, chat with friends and steal glimpses of articles, photos and clips based on all your favorite flicks. 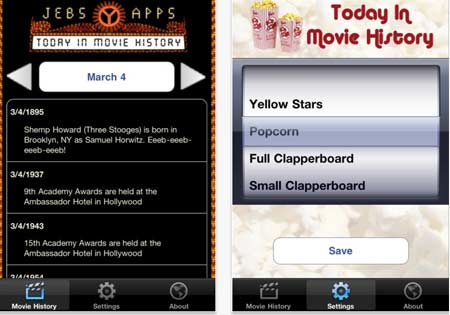 Wondering what happens when you shell out just a dollar for this particular contender in our iPad movie apps roundup? Well, as the brains behind this endeavor reveals, there are more than 4,000 film facts to relish right here. This makes it a great way to show off your star knowledge while hanging out with friends and family. As you might have already guessed, you can also perceive important dates and events in Hollywood history. And if you see some interesting facts that might capture your pal’s fancy, you’ll be able to share these bits with them through social networking sites like Facebook, Twitter, SMS and email. 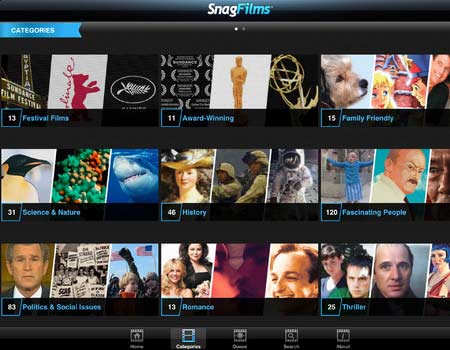 The vast online library has over 3,000 films, including 300 indie movies. These are all spread across 17 categories such as award winners and festival films, among others. There’s even in-app sharing with Twitter and Facebook.

You’ll also be able to seamlessly search for your favorite movies as well as sort them out by topic, genre and run time. What’s more, you can even catch all the flicks via your TV through AirPlay and Apple TV.

The aforesaid best iPad movie apps are aimed at fans of greats like Steven Spielberg, Peter Jackson and Jerry Bruckheimer as well as all those talented stars that shine brightly amidst the Hollywood backdrop. From cute classics to full throttle action movies, you’ll be able to enjoy all these and much more through these software solutions. There are even applications that allow you to get your hands on some juicy information bits pertaining to flicks, actors, and more. So which ones are you planning on acquiring today? Don’t forget to leave your mentions in the box situated just below.

7 iPhone storage hacks that will change your life

Technology in 2010: Gadgets and innovations that sparkled the brightest