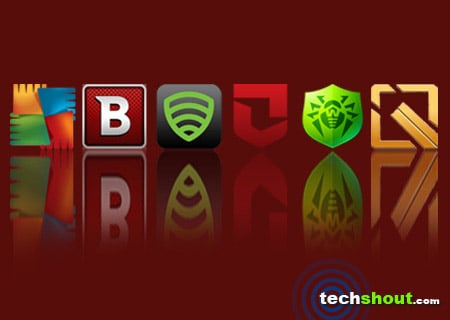 Providing you with these 6 best Android antivirus apps for protecting your smartphone or tablet was obviously necessary since the rising popularity of Google’s mobile OS has led to the arrival of a few inevitable annoyances. There’s no doubt that the platform has grown through its wide adoption around the world. And from a hacker’s point of view, that’s a clear invitation to infiltrate your privacy. At times, even PC-based viruses can affect the OS by corrupting system folders due to which proper functionality is liable to get disrupted with lags and errors. So why risk losing personal data and valuable information when prevention is better than cure?

The first addition to our Android antivirus apps roster is the Bitdefender Mobile Security app which is stated to have the least impact on performance and battery life. At present, the application is in its beta stage, but hosts a number of features to help you keep your device constantly secure. In case of theft, you can remotely locate the handset or tablet, lock it to prevent misuse or make it act as a beeper by playing a sound. It allows you to completely scan the SD card for any type of infection even at the time of insertion. Additionally, the app holds web security features that are liable to prevent you from visiting untrustworthy or malicious websites. What’s more, you don’t have to manually download definitions, nor does the app need to be updated owing to the adoption of cloud technology.

You’ve surely heard of the PC-based AVG antivirus software. Well, the company has also spread its reach onto the Google mobile platform through our second contender. With its offering of real-time protection against malware, spyware, viruses and online threats, you can keep your smartphone as well as tablet clear of all infections. The application allows you to scan installed apps, media files and folders, as well. And if you’re afraid of losing the device at any point of time, you can conveniently locate it through Google Maps, completely block access to files or even wipe off all data. And the built-in task manager lets you knock off all unwanted apps that weigh down the performance.

Being available on smartphones for quite some time now, NetQin comes in third on our list of Android antivirus apps. For privacy protection, it constantly monitors and blocks applications that can access your data and other content in the background. The tool can also prevent the device from being hacked into by scanning for viruses, malware, spyware and Trojans even as files get downloaded.

If you’re afraid of falling victim to phishing or fishy websites, it wraps in web-based security features too. With it, you can back up and restore your contacts and messages, remotely locate the device if stolen or lost and tweak your smartphone to operate at optimum speeds.

Similar to the applications we’ve already mentioned, Zoner AntiVirus Free comes bearing a variety of features. If you’re unsure about a particular caller or message sender, you can block unwanted texts and even set a parental lock for outbound as well as inbound calls. Most viruses are likely to creep in through untrustworthy applications; so the tool is built to immediately scan every app after installation. Additionally, it provides full SD card protection, on-demand scans and lets you control as well as locate your device if stolen. The utility also comes with a task manager and a homescreen widget.

Through its Origins Tracing for Android algorithm, this next one has earned a spot amongst our Android antivirus apps. It comes with the capability of being able to chase out most viruses from a large database of known threats. With the SpIDer Guard file monitor, the application keeps a check on all data in real-time.

It holds three scan modes namely, quick scan, full scan and critical files’ scan that can be performed based on individual requirements. Also, all discovered threats are either deleted or kept under quarantine. The Dr. Web Antivirus Light app is accompanied by two widgets to help you get quick access to all its features.

Besides protecting you against malware, spyware, and Trojans, the Lookout Security & Antivirus app searches each downloaded and installed application for any possible infection. You don’t have to worry about refreshing virus definitions as it automatically gets updated.

Furthermore, you can set the application to scan for threats on a daily or weekly basis. And if you lose your device, logging into myLookout.com allows you to locate it through Google Maps or activate a loud alarm from any web browser.

If you’ve haven’t already realized it, most of the best Android antivirus apps that we’ve mentioned are introduced as well as developed by well known names in the business, at least one of which might already hold a spot as a security solution for your PC. So there shouldn’t be any trust issues if you’ve already been acquainted with these PC solutions. Do let us know which of these applications are on your preference list by leaving a comment below.