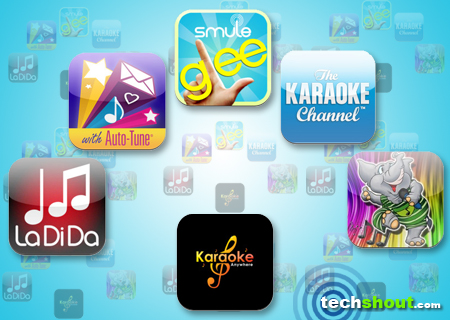 Our lineup of the best Karaoke apps for iPhone allows you to immerse into the ultimate Karaoke experience, while on the go. Now the train station, bus depot or airport lounge can all be turned into your very own personal Karaoke space. And if you are lucky, there could be very few ‘boos’ and more encouraging whistles from bystanders. Amateur singers can take complete advantage of these apps that have something special for keeping owners entertained, and helping them belt out tunes to near perfection. 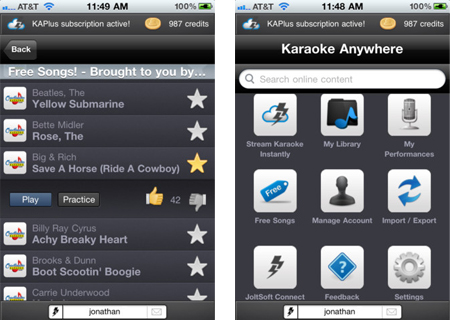 As the name aptly suggests, Karaoke Anywhere offers owners the ability to croon away irrespective of the place they are in. It claims to be the only fully featured Karaoke application to provide a streaming library of more than 14,000 tracks. If you are faced with a dilemma where the handset screen is too small for all your party guests, the software allows you to output content to your television through a standard AV cable.

Furthermore, there is a key changing functionality embedded for altering the key to perfectly suit the singer’s vocal range. Audio playback is accompanied by full headphone monitoring and optional Echo as well as Reverb vocal FX. 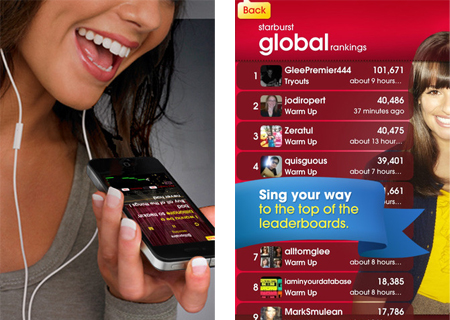 Next up on our list of Karaoke apps for iPhone is Glee Karaoke by Smule. The company reveals that any amateur singer can sound like a complete pro. They can chant along to songs plucked right out from the acclaimed TV series bearing the same name. The tone and voice of the crooner is improved with a pinch of reverb, optional harmonies and pitch correction to sound just like a star.

Although there are more than 130 songs up for grabs via the app, you can pick out and sing any track strewn across the iTunes library. The On the Globe feature enables iPhone owners to listen to singers from all across the world as well as perform duets with them. 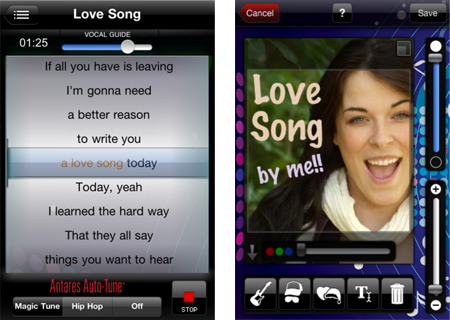 The StarMaker Karaoke with Auto-Tune app allows music enthusiasts to sing as well as record more than 500 foot-tapping tracks from talented artists like Katy Perry, Justin Bieber and Adele among others. They can then share their creations with friends and family via email and social networking websites like Twitter and Facebook. Besides the free songs offered by the StarMaker Sing & Share company, there are tracks performed by the likes of Pink, Eminem, Miley Cyrus, Coldplay and more which can be availed of for a price that ranges from 25¢ to 75¢ per track. You become the star of each song with removable original vocals, a backing band and scrolling lyrics. A stage name and StarMaker profile can also be created to follow how many hits, listens and stars you’ve acquired from fans. 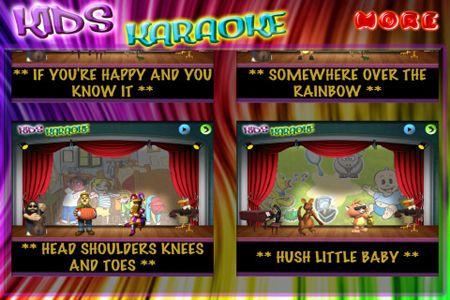 There’s something for everyone in our Karaoke apps for iPhone array. Not wanting to leave behind the tech-savvy tiny tots, we add the Kids Song Machine – Karaoke Sing Along to our array. The app by Kids Place brings out Karaoke treats for children through a lively animal band that comprises of interactive creatures. Each song rolls out with its respective background atmosphere, animations, pleasing sounds and adaptive song texts. The track lineup is laid out with famous children’s songs that include ‘Somewhere over the rainbow’, If you’re happy and you know it’, ‘Itsy bitsy spider’, ‘Twinkle twinkle little star’, ‘Yankee doodle’, ‘Hush little baby’ and ‘Head shoulders knees and toes’ among others. Through this app, little ones of all ages can sing, learn, read and enjoy their favorite tunes, under one roof. 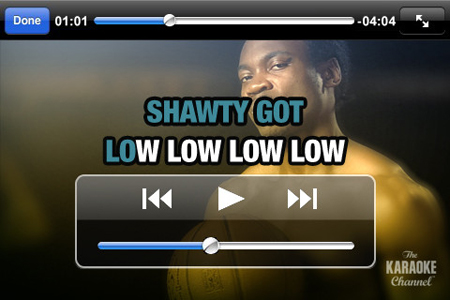 The Karaoke Channel Mobile boasts of top 50 hit tracks that are updated on a monthly basis as well as over 8,000 songs through the in-app subscription. The artists and tracks that feature among the acme list include Mine – Taylor Swift, Love the Way You Lie – Rihanna, Piece of Me – Britney Spears, Thriller – Michael Jackson, Rolling in the Deep – Adele and Bad Romance – Lady GaGa among others. Furthermore, this entrant into our list of best karaoke apps for iPhone provides high quality Karaoke videos to audiophiles via Wi-Fi or mobile network. Songs can also be played out with the option of lead vocal inserts. Since it supports AirPlay with the latest version update, you can let the magic unfurl across the Apple TV (second generation). 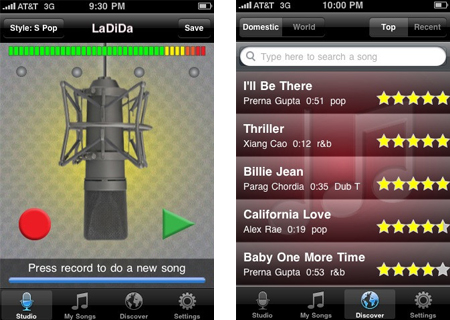 Next on our line-up of Karaoke Apps for iPhone LaDiDa is known as a reverse Karaoke app that is fashioned in order to make you sound and feel like Chris Brown, Akon, Amy Winehouse or Beyonce Knowles. By introducing AI, the software will analyze your voice and advance to compose the background music to match. Whether it’s rapping or singing into your portable device, the app will infuse the input with studio quality vocal effects such as pitch correction, flange, delay, chorus and reverb.

There are various styles to exploit such as Pop, Guitar and Rap which are further categorized into more sounds like Dub Tone, Acoustic Rock, and Underground Rap, respectively. After all the jingles and toning has been done, you can share your creations with friends, family members and fans via Twitter or Facebook.

Throwing a theme-based party has never been this easy. No need to invest in expensive equipment or hardware such as Karaoke machines or microphones with song selections embedded into the system. The handy Apple iDevice and one of the best Karaoke apps for iPhone is all you need to get your guests on their feet and crooning themselves silly. Do let us know which offering you preferred to set loose your vocals cords upon.

How To Rip DVD With Handbrake Or WinX DVD Ripper