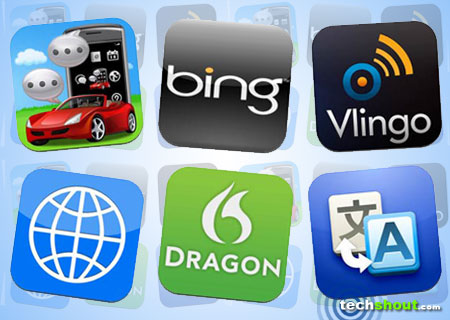 Now that we’ve got a list of the 6 best free voice recognition apps for iPhone, there shouldn’t be a need to shun your old 4G or 3GS handsets over their lack of support for Apple’s personal assistant, Siri. Through this catalog, we’ve managed to compile a lot of functions that can be found within Cupertino’s virtual companion application. So, do check up on what we’ve cooked up as some of the possible voice-based alternatives. 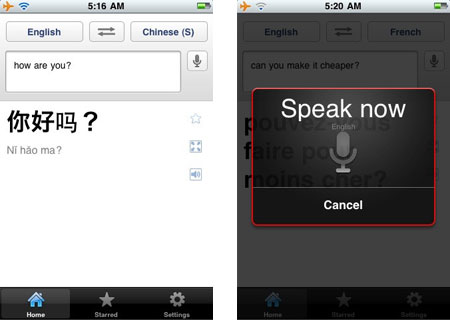 Most people face several difficulties when traveling abroad, especially where language is concerned. Well, that’s mainly why Google Translate is on our list of free voice recognition apps for iPhone. With this application, you can translate text between 63 different tongues. And if you’re not in the mood of typing, the speech recognition feature currently supports 17 international languages. So that means you’ll be able to speak a few lines in English and hear its translations in the desired output or vice versa. Also, if you’ve moved out of connectivity range or are without any data services, starred and past translations can be quickly accessed even whilst offline. 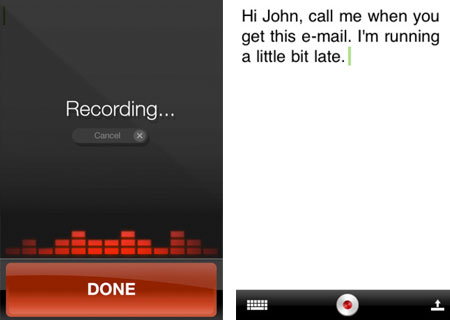 Powered by Dragon NaturallySpeaking technology, Dragon Dictation is a convenient as well as intuitive application through which you can perform voice-to-text conversions. Since not everyone is comfortable typing on a virtual keypad which can turn out to be a bit annoying if you’ve tapped on the wrong key by mistake, this application should make things much easier.

So now instead of typing out an entire message, your voice-to-text transcriptions can be used for sending SMS messages, emails or even pasted within other applications. There’s also a social networking feature that lets you post to Facebook as well as Twitter. For proper functionality, the Dragon Dictation app requires a constant internet connection for carrying out conversions. 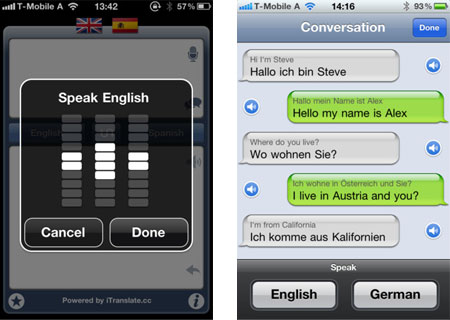 Similar to Google Translate, the iTranslate application also comes bearing voice recognition and language translation capabilities for our free voice recognition apps for iPhone archive. And besides the possibility of helping you get around much conveniently in a foreign country, you could also use it for learning purposes, and this happens by basically slowing down the voice. The translator currently supports words, phrases and sentences in over 50 languages, whereas the voice recognition feature is compatible with English, Spanish, French, German, Italian as well as Japanese.

To provide added convenience for the reader, this application can be used in landscape orientation to display all the lettering in a bigger size. The iTranslate app requires an Internet connection to function. So, make sure you’ve got data access enabled whilst roaming. 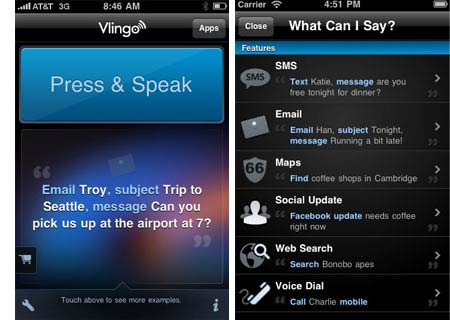 We’re sure that most of you feel the urge for a taste of Siri. And since there doesn’t seem to be an official release of the personal assistant for previous iPhone models as yet, Vlingo could be among the choicest free voice recognition apps for iPhone alternatives. With this application, you’ll be able to search for locations on Maps, update social network statuses and send SMS messages as well as emails or even voice dial a friend.

Well, according to the company, the Vlingo application’s got an ace up its sleeve. By that we mean Facebook and Twitter integration – a little something that Apple hasn’t added into Siri as yet. 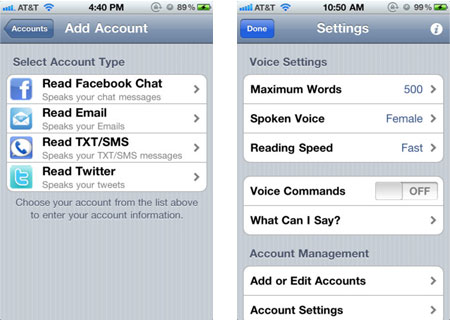 Everyone knows driving and texting at the same time is dangerous and could seriously hurt someone. However, there always seems to be an alternative to each problem. And in this case, it’s most likely to be DriveSafe.ly, our next best free voice recognition app for iPhone. With this version of the application, you can have your emails, text messages, Facebook chats and Twitter updates read out to you, so that your mind is kept constantly on the road.

Also, there are the options of male and female text-to-speech voices as well as adjustable playback speeds. However, the downside here is that the DriveSafe.ly application doesn’t hold the capability to read native text messages that are sent by any wireless carrier. 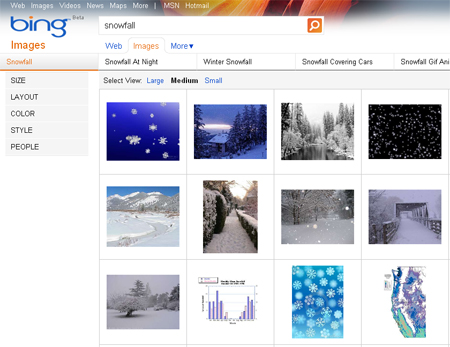 Now not everyone’s accustomed to Google Search; so we’re going to provide you a wider option by adding in the Bing for iPhone app. Through the voice-activated search option, you can find almost anything that you’re looking for on the internet. To provide a broader image, the speech recognition feature lets you find deals, shops restaurants, airplane ticket pricing, movie ratings and much more.

What’s more, images, articles, apps and others are sharable with friends on Facebook. Besides voice and text capabilities, this application also comes with the Bing Vision feature that allows you to search queries such as QR codes, covers of games, artists and books as well as barcodes through the handset’s camera.

Our work here seems to be done now that we’ve provided you with brief descriptions of the best free voice recognition apps for iPhone. From here on, it’s your decision as to whether these applications deserve a spot on your handset or not. Also, for the ones that do, be sure to let us know.