TechShout
Home Features Women and Computers: The ‘Hard Ware’ Out 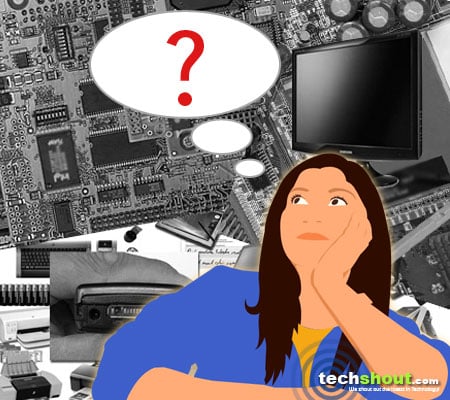 A popular quote reads ‘Men are from Mars. Women are from Venus. Computers are from hell.’ Well most women would agree with this especially if it pertains to computer hardware. Besides the obvious fact that we women have our brains wired much differently than males, women and computer hardware may seem like a zany thought to some. Well, may be not.

With mostly words like fashionistas, chic, sleek and the likes used to aptly affirm women’s comfort level around technology, it’s mostly new devices rather than the technology itself that appears to hold their attention. When it comes to the nitty-gritty, the women still needs to pull up their socks. While most men know their horsepower and megahertz before they decide to incorporate a particular hardware, we can’t really say the same about women.

What is that keeps females from plunging into the ‘big bad’ hardware world? Do they really find it that tough to comprehend or are hardware manufacturers not working enough to allure them. Well, we’ve set out on a quest to find exactly what keeps women miles away from computer hardware. And here’s what we got straight from the women.

Naina Prajapati, a media professional shares, “Due to my technical education background and professional requirements, I am well versed with computer hardware. I am pretty updated with the latest devices and their fabrication in terms of hardware. Though, I would prefer sleeker and simple to connect devices like the all-in-one PCs. Bulky and complex circuitry puts me off.”

So even if they are at rest with the hardware, it appears that the simpler the technology, the more eager women are to use it. Too many technical details seem to deter their interest and may not hold their attention for long. Most women also seem to prefer hardware that’s more usable and relevant to their needs. They also prefer sticking to conventional hardware much unlike men who love upgrading their systems with the latest components.

“I am not really that keen on knowing about the latest in the hardware arena. Though I love interesting and innovative technology, my knowledge of hardware is restricted to hard disk drives and graphics card. I really enjoy watching high resolution movies and videos on my laptop, so I’m pretty much aware of graphic manufacturers like Nvidia and AMD. As far as hard drives are concerned, I am a hoarder and love downloading movies and music. In fact I am planning to upgrade myself to the latest SSD,” further points Chef Shikha Mondal, a mother of one who spends most of her free time on her PC.

Mostly women espy design and utility over the technology that is bundled. So it doesn’t really matter whether it’s an AMD or an Intel processor as long their netbooks or laptops work fine. Maybe that’s what gets manufacturers to market their hardware products mostly to the male audience. At the same time, they release the stylish and chic looking ones in mostly many different colors for the eve-clan.

Bertie Rodriguez explains, “I don’t really know much about hardware like HDDs, SSDs and so on. It’s only because it doesn’t seem necessary to know every specific detail besides their functionality. This sort of stuff sounds more complicated than it actually is anyway. I just love my Toshiba netbook because it’s stylish and easy to carry around. It doesn’t really matter what processor it runs on as I long as I get enough space on the hard disk to save my entertainment content and surf the web.”

So for those women caught unaware, here’s a brief run-through of some of the most familiar and emerging words in the hardware terrain:

GPU: While they are obviously abreast with CPU, women may need to brace themselves for the newly coined GPU (Graphics Processing Unit) term. Functioning just as the CPU except with enhancement of graphics as the main focus, these new-age GPUs are meant to take videos and games to completely new standards.

HDMI port: The term essays a high-definition multimedia interface that enables you to enjoy the latest high-definition content effortlessly. Most devices these days are in fact HDMI enabled means they have a port that allows connection from an HDMI-capable device to an HDTV or computer. This will enable you to seamlessly transfer digital audio or video.

SSD: Hard disk drives (HDD) appear to be slowly making the way for Solid State Drives (SSDs). SSDs can be thought of something like huge memory cards minus any moving parts. Though most hard drives have also evolved further, SSDs claim to be notch above them in terms of power consumption and efficient operation in shock conditions.

Blu-ray Disc: With the quality of multimedia data escalating, virtually every device we know of is enabled for high-definition content these days. And that’s exactly where a Blu-ray disc comes into the picture. With ability to apparently store 70 times as much data as a CD, this high-density optical disc format should appeal you if watching movies and videos on the PC take up most of your leisure time.

We’ve penned down just a few, though there are lots of terms women probably need to get familiar with. Still the simpler ones do find their taking. With a little effort on their part, women we’re certain can gear up to battle it out with their male counterparts in the huge hardware space. Interest playing the most important part in this venture, women now can just equip themselves with the latest hardware due to their easy utility and accessibility. After all, women have been observed to form an important part of consumer sales in the tech-arena too.

We know our technology for sure and some of us do keep ourselves updated with the latest in tech-town. Though the tech-space in the past was mainly dominated by men, that notion too is fast changing. Women now seem to show more proficiency in advancing technology. We love devices that please our sensibilities and really not all gadgets that are pink appeal us. With changing times, various manufacturers are now offering innovative hardware technology in neat yet not overtly girly styles. We guess women couldn’t agree more with Norman Ralph Augustine who once said ‘Hardware works best when it matters the least.’