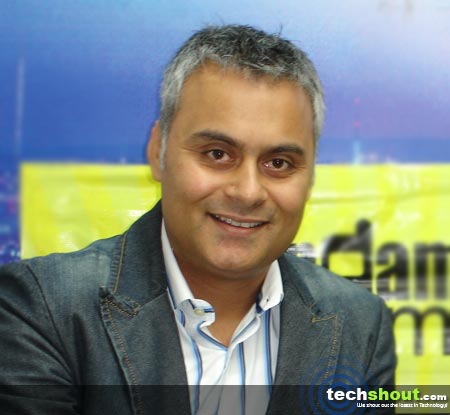 Hungama.com is an extremely well-known Indian entertainment site. The same company Virtual Marketing India Pvt. Ltd also owns IndiaFM.com and GamingHungama.com. TechShout.com spoke to Neeraj Roy, the man behind all these successful ventures. We spoke on how GamingHungama came about and how it has been growing ever since its formation.

The brain wave of starting GamingHungama came after realizing the fact that Hungama.com itself had done over 350 games, most of them belonging to the casual games genre. With this the group was alerted of the burgeoning gaming culture in India. Thanks to this awareness, some time ago GamingHungama was born, which essentially kicked off as the first multiplayer gaming portal in India. It is basically pushed by a set of games that the developers and gamers created. Now Neeraj Roy and his team are in the process of growing the community on the portal

There are various genres of gaming. From casual to PC-based gaming to MMOGs to console gaming and now mobile gaming, India has seen it all. There are different technologies used in each of them of course. Speaking about the technologies being used by the company currently, Roy stated that that Hungama started off as a casual gaming company. In this genre Hungama has developed games significantly in Shock and Flash formats, a few also in Java. After which, the company shifted towards the mobile gaming space, where platforms such as Java, Brew and Flash were used for developing the games.

Hungama was also a part of the Nokia NGage Challenge Mobile Gaming Championship, where the mobile giant contacted Hungama. Having the NGage QD as its device, the championship ran across 47 Indian cities, wherein 3 buses were stripped and installed 10 gaming consoles, GPS Trackers in each of them. In a period of 45 days, these 3 buses covered an unbelievable 55,000 kms touching (six hundred thousand) hardcore gamers and around 18 million people in all.

The basic aim behind this initiative was to make heroes out of each of these people across the 47 cities from Rohtak, Surat etc.

However, according to Roy, the Nokia NGage Challenge Mobile Gaming Championship was a little ahead of its times in the present Indian gaming market. Unfortunately, it did not shape out in that particular manner but Roy is yet positive about such novel initiatives to take place in the future as well, that would be started by not only by Hungama but also by several other gaming companies in India.

Console gaming is slowly gripping the entire gaming scene in India. We asked him, whether console gaming would away supersede PC gaming to which Roy stated, “Definitely! If you look two years back, the PC used to cost around sixty thousand rupees and now you can get yourself a PC for fifteen – eighteen thousand and can also get yourself a laptop for twenty five twenty eight thousand rupees. Microsoft launched the Xbox (360) for 19,000. There’s also an exchange scheme now at 12 or 18,000. So of course it will come down. And the Indian market will find its own way of creating a market.

Take my example; we had a PS2 which is kind of gone into my daughter’s room. We now have the Xbox 360 in our room. Somewhere down the line, we probably want to get rid of the PS2. That will be the same churn of what you find in the TV business. You will see the same experience happening as far as the console games are concerned. You will also see price points on mobile gaming.”

Roy also came out very strong when asked about where India stands in the international arena. He sited India at around a 40-50 in the global market place as far as a market but in a potential perspective, considered India in the top 10 markets in the world in the next two three years.

Being a part of some initiatives with forums such as CII and FICCI, where Roy has been associated in different capacities, he does voice the opinion that the Indian government can play any important role in promoting the gamers. It is playing a catalytic role as broadband prices and access keeps coming down and cost of importing duty are reducing.

And of course, if he runs such a big gaming company, he is ought to be a gamer himself. With a PSP, PS2 and an Xbox 360, which had been gifted by Microsoft’s COO – Kevin Turner and Ravi Venkatesh, the Chairman of Microsoft, Roy certainly finds times to indulge in this passion of his, even in spite of his busy schedule.

Here are the videos of the exclusive talk: