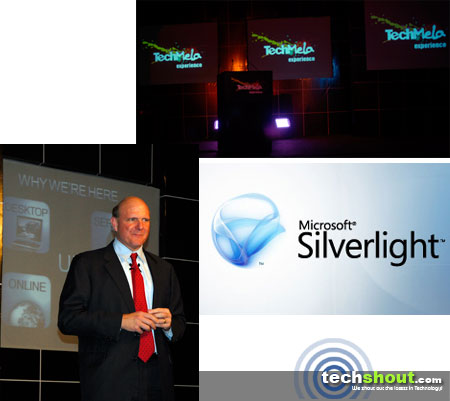 A decade ago, there were just two browsers, which people used. One was Netscape and the other was Microsoft’s very own Internet Explorer. But now, not only are there many browsers, there are many platforms also that run applications meant for a different platform. For example you have the Safari as well as the Firefox, which are now running on Windows. And Microsoft has come up with the Silverlight, which is not only a cross-browser, but also a cross-platform.

The SilverLight 1.0 experience just got enhanced further at the latest TechMela Experience held at Mumbai, India. Present at the event were stalwarts of various fields, from sports to advertising to banking who have used the technology and had great words to render to the same. But the most significant presence was that of “The Man” himself –Steve Ballmer, who also outlined Microsoft’s strategy to deliver great User Experience across the internet, PC and mobile devices. 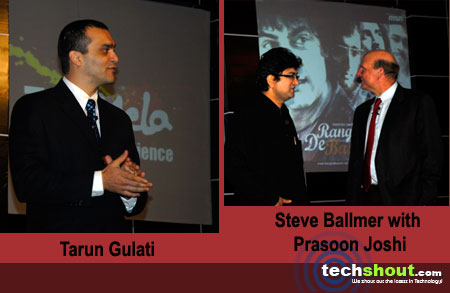 The event was commenced by Tarun Gulati, general manager, Microsoft India, after which he called upon Ballmer, who showcased convincing User Experiences using Microsoft tools. After which, Ballmer called upon Aditya Puri, MD, HDFC Bank; Kapil Dev, President, Indian Cricket League (ICL) and Prasoon Joshi, McCann-Erickson, Creative Director, who all spoke about their tryst with SilverLight while designing websites and how effective the new technology is.

SilverLight enables businesses to offer Web applications that are much richer and more interactive than ever before, there is an assurance of a flawless and superior quality end-user experience and a significantly lower cost of delivery. 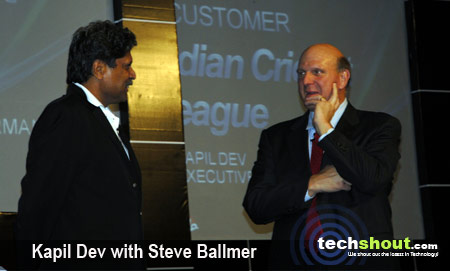 Kapil Dev, president, ICL said, “We plan to use the internet as a huge medium to reach out to enthusiasts and fans, with live broadcasts, recorded highlights, scoreboards, statistics, charts – all providing Internet viewers with a great alternate channel to enjoy matches as they happen.” Adding, “In addition to this, ICL will build online fan communities, integrating it into the cricket experience, through fantasy leagues, player comparison, rating, voting, discussions, etc. Microsoft is working closely with ICL to enable a rich and never-before-seen experience online, with innovative features allowing Internet users to switch between multiple camera angles, broadcast feeds, overlay with statistical elements and even interact with tools that will, for example, allow users to judge and opine the fate of a player when a third umpire decision is called for.” 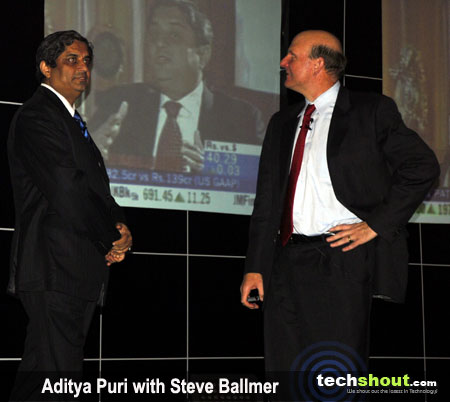 Aditya Puri, managing director, HDFC Bank, stated, “Technology has always been our forte and a great enabler for us in reaching out to our ever-increasing retail and corporate customer base to offer truly world-class banking products and services. We move a step further, with this association with Microsoft, offering our valued customers at HDFC Securities, the best of technology to help them make accurate and informed investment calls in an ever-evolving and dynamic equity market.”

Rediff.com, Sify.com and sulekha.com also have pilot projects on Silverlight.

It is a proprietary runtime for browser-based Rich Internet Applications (RIA). Silverlight was codenamed as Windows Presentation Foundation/Everywhere (WPF/E) and will let users create content related to animation, vector graphics, and video playback capabilities. From what we saw, Silverlight seems promising but then, it is a Microsoft product and skeptical users should wait for some time before using it. Silverlight has had its fair size of criticism.