Feature phone Nokia 130 is nothing fancy, but it grabs a rear-mounted flashlight

Adding yet another device into its range of durable feature phones, Nokia has introduced the 130 which comes in single as well as dual SIM variants. This handset has been priced at €19 which translates to around Rs 1500 or $25.

Nokia is touting the phone’s video and music attributes and why shouldn’t it, considering that it features a video player, an MP3 player as well as support for FM radio? But those aren’t its only highlights; the 130 also happens to be the bearer of a dedicated flashlight which has been conveniently placed on its rear surface. 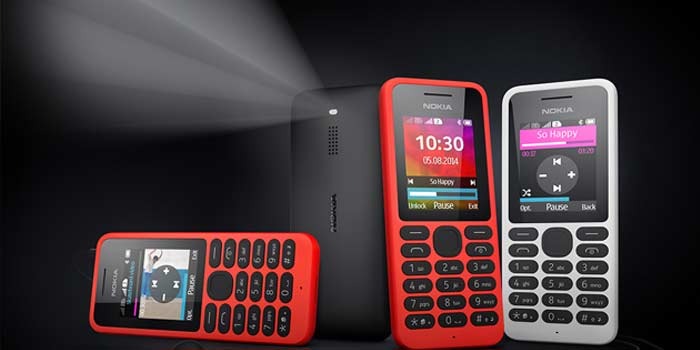 To give us an idea of the phone’s capabilities, its makers have revealed that it can play videos through an SD card for 16 hours straight. For music lovers, the Nokia 130 will be able to deliver 46 hours of non-stop playback thanks to its trusty 1020mAh battery.

This phone doesn’t offer a camera though it does grab a 1.8-inch color display that proffers its visuals in 160 x 128 pixel resolution. Support for USB and Bluetooth connectivity lets it put up a fight against competitors in the feature phone category.

This device runs the Series 30+ version of the Nokia OS, and kicks in a microSD card slot that supports up to 32GB of storage. It comes dressed in red, black and white color options as well as a generic-looking exterior. 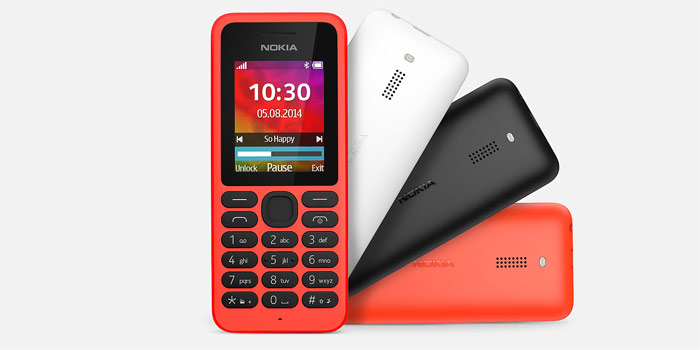 It has been revealed that the Nokia 130 will be released sometime during the third quarter of this year in both its single and dual SIM variants. Like we said, its base price has been marked at €19.