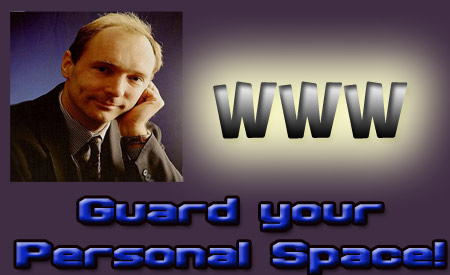 In today’s day and age, we blatantly post details of our lives on blogs and social networking sites like Orkut, MySpace and Facebook. But, did you know that Internet users could be ‘haunted’ by their posts for generations to come. This warning has come from Sir Tim Berners-Lee, the creator of the World Wide Web.

Sir Tim invented the Web way back in 1989. Now, some 19 years later, he warns the current social networking generation to be careful of what they post, because everything on the Internet is available for all to see. In fact, he aptly asks the current users to imagine their grandchildren or perhaps a future boss reading the entries on such sites.

“The danger is when you put something into a public space in order to share it with a few friends and in fact you’ve forgotten that it’s actually a public space or that the list of friends is huge or that some of them can’t be trusted not to put it somewhere else,” he warned.

Sir Tim, being the creator of the World Wide Web himself, would definitely know the scope of such a system. He thus believes that consumers need to be protected against systems which can track their activity on the Internet.

In fact, Berners-Lee has long admitted that he never realized the potential and scale of his invention. He feels that personal data is precious and should never be put up on Web sites.

In recent times, social networking sites like Facebook and others had come under the scanner and even recorded their first fall in new and continuous users in the UK alone. This was because Internet users are not alright with issues regarding their privacy and the company’s data retention on the whole.