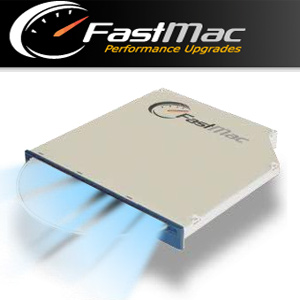 Blu-Ray format, Sony’s next-generation storage format is currently competing against the HD DVD format that was developed Toshiba. A Blu-Ray Disk is a 5.25-inch optical disc, which allows users to store large amounts of data (up to 50GB) that even CDs or DVDs are not capable of.

According to FastMac, the Blu-Ray Disk Drive for Mac pro and Power Mac G5 is completely compatible with third-party software including Roxio Toast 8 Titanium and Adobe Premiere CS3.

But, it is known that native support in iLive applications is not yet available. Also, with Toast, the drive is capable of burning just data. As of now, it only supports burning data as the Mac OS X is unable to run Blu-Ray media. However, this drive is compatible with standard DVD and CD media.

The Blu-Ray Drive from FastMac is able to burn 50GB in less than 50 minutes. It can also rewrite single and dual-layer Blu-ray discs at 2x speed.