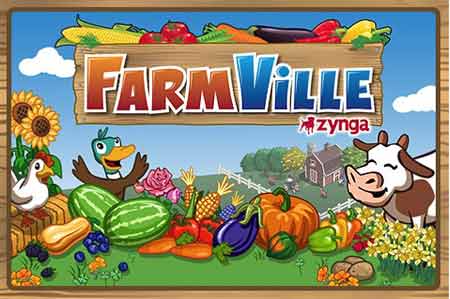 Wedded to cultivating the horticultural worm crawling deep within? Can’t sidestep growing fruits and veggies and raise animals on your very own farm or just don’t want to admit the pure addiction to Farmville game on Facebook. Well, coming across such weird questions and suggestions on ‘how to tame your Farmville addiction’ wouldn’t sound new to anyone now. When Zynga weaved the web by vivifying the agrarian enthusiasm in people worldwide, nobody could ever imagine the mania it would spawn and how online farmers would be running across the town to divert their attention. If you’ve been keeping a tab on the activities of visitors on Facebook in recent times, the increased use of the Farmville app is quite evident. Out of curiosity, we are just digging into the reality of hardcore players to know how it has affected them on the whole.

Having attacked the chronological age of every generation to a massive extent, the real-time farm stimulation game indeed left no footprints of doubts for having bedeviled millions and millions with a tempting virtual farm. To give a quick glimpse over what’s the fuss all about, Farmville is a farming social network game on Facebook developed by Zynga, who’s also behind addictive titles like Mafia Wars, Vampire Wars, YoVille, Football, Gang Wars, Heroes versus Villains, Pirates, Space Wars, and many others. Needless to say, the game allows members of the social networking site to manage a virtual farm by plowing land, planting, growing and harvesting crops, harvesting trees and bushes, and also raising livestock.

Though there’s a positive side as well to being a farmer and staying knitted with our cultural norms, antagonistic facets have rather prominently eclipsed. We can never fake out incidences when people would turn on steam from their workplaces, go home and grab a chair to harvest their flourishing crops without even realizing that a glass of water has been served across the desk. To override that, addicts at times don’t even mind waking up early or setting an alarm to fertilize fruits and vegetables.

The Farmville addiction also shares episodes where gamers go without regular meals and sleep, ‘working’ on their farms for up to thirty-six hours at a time. Fanatics have also abused their credit cards to purchase equipments and accessories for their virtual farms. Although the game doesn’t cost anything and users may stack up virtual dollars for outspreading and enhancing their farm, Zynga does let them pay cash for funds that quickly hammer on the intensity of game. It may sound a bit funny, but that’s how Farmville‘s been to people.

We asked some Facebook addicts about the experience of being a farmer or having one at home or workplace. Here’s what they have to say:

“I always thought that these games are for people who are too lazy to get dirt into their fingernails or water their pot plants. Unfortunately, I picked up the habit on a boring Sunday afternoon and now I’m always afraid of my cows wandering off or my plants dying if I don’t harvest them on time. It’s addictive and that’s never a good thing. I need anti-Farmville therapy and friends poking fun at me for playing it all the time isn’t good enough to get me off the game,” stated Benjamin Rodriguez, a trainee at an advertising firm.

Sarah Philip, an interior designer points out, “Farmville game is lots of fun. Its innovative concept of transforming your computer screen into a field is very enriching, especially when compared to our hectic urban lifestyles. I spend approximately two third of my Facebook time on the game. I also like the part wherein you can compare your farm with others while helping them out earns you extra coins.” 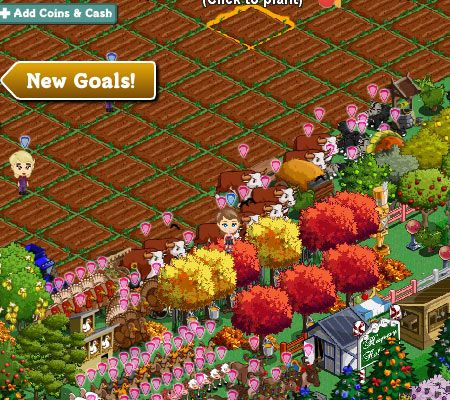 Interestingly, the evidence of such addiction has also given a place to physiologists and healthcare professionals providing an insight into the adverse effects of playing Farmville throughout the day. Anecdotal and case-study data are there to inspire their warning as well. But unfortunately the intimidation gets thickened when we read something like ‘have you lost someone to Farmville?’ That indeed scares us whenever a family member or a friend is spotted ogling at their computer/handset screen with animals waving back at them.

“Farmville has been transforming Facebook members into farmers and I think that the game is pretty addictive and fun. Personally I like the bit wherein neighbors can send gifts to each other at no cost at all. I have given up a few recreational activities after work to go back home to expand my farm,” quoted Rove Menazes, a marketing executive.

There’s no doubt that despite the simplicity of the game, Farmville has taken no time in joining the rapidly-growing list of habit-forming amusements. Comically, the web now advises you on ‘how to kick your Farmville addiction’ once the game’s title is entered in the search bar. It might not even appear uncommon if helpless souls are now regretting over neglecting a piece of advice from those slightly off the game.

“Farmville is so awesome! After the day’s lectures at college or hanging out with my friends, I hurry home to my PC only to log into Facebook and check up on my crops and animals. It lets me experience the simple life on a farm. It also helps me make new friends as well as keep in touch with old ones. Things like cottages, waterfall, pool, specials of season, tree houses, hammocks, and gazebos make the game even more addictive,” revealed John D’mello, a student.

Many have also accused their friends or family for pulling up a board that shouts out ‘Hey howdy, can we be friends?’ and turning them into compulsive Farmville players. However, the positive front lets one make new friends by sending people a Farmville request.

“I am regular on Farmville without even visiting my farm once. In fact, my sister who is a Farmville addict signed me up for Facebook as she needed a neighbour. She manages my farm, sends out gifts to herself and so on. However, I don’t regret joining Facebook as I am now in touch with most of my friends,” says Niharika, a teacher.

“I have never played Farmville and don’t think I’m ever going to. But I know at least half of my Facebook friends bombarding my page with lame adoptions of wandering animals and it’s only plain annoying. The most hilarious part is some of them getting a panic attack if they haven’t harvested crops in time. Talk about addictions and how our social connections are evolving,” shared Preeti Bhatt, a Web Journalist. 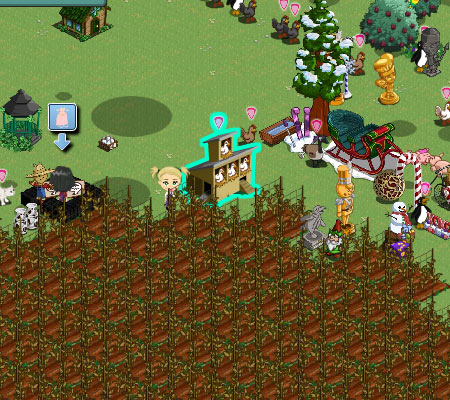 At the same time, there are no two ways about the reality that this plague has adversely affected the productivity level of the working age across the globe, with the increasing number of people starting to become an inevitable part of the circle. Some are spotted rebuking their employees, so some adopting an even more passive approach by prohibiting access to social networking sites brimmed with time-gripping games. Not only this, to make ascertain the craze for farming stays alive, the game publisher plopped down its horticultural approach on mobile phones. The Farmville game officially landed on to mobile devices of regular players, offering them the anatomy to maintain a virtual farm when on the move.

Though overly popular, Farmville has now somewhere turned out passive, for a considerable section of the population at least. For some, it might have been worn-out and monotonous with the same kind of add-ons, so for some getting back to friends on a customary threaded chat conversation may sound a sensible option. With this, we have no idea how far Zynga would go in order to maintain the same ratio of its fan following.

Here the question arises ‘what’s on your mind, Zynga? Should we just remind ourselves of an old adage ‘the more you have, lesser you want,’ or wait for some special additions to reinforce the infatuation yet again?