The biggest ‘manga’ (Japanese comics) publishers from Japan are now teaming up to bring the digital versions of manga to Nintendo Wii, reports New York Times. 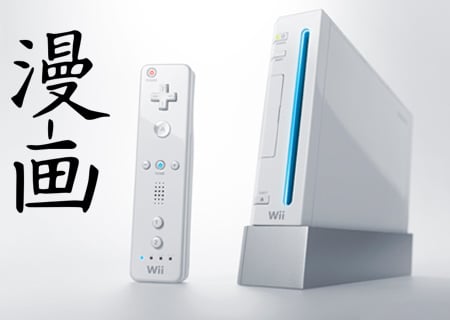 The four publishers – Kadokawa, Kodansha, Shueisha and Shogakukan have named their venture as ‘Librica’ which will be brought to the Wii users via Wii Ware software. The companies are planning to expand the digital comics to Nintendo DS as well after it is initially launched for Wii. Users will require an internet connection to avail the digital comics.

The date of launch and the pricing of the offer have not been revealed.

The Japanese comics have conquered the world after it became insanely popular in Japan. Apparently, the comic books accounted for 22 percent of the sales volume and fetching in revenue of ¥481 billion (US$4.47 billion). It also accounted for 37 percent of the total number of magazines in the magazine industry Japan. Unfortunately, the publishers are seeing a drop in the sales where 2006 was the fifth year of persisting dip estimates Research Institute for Publications.

Nevertheless, the news of the Wii console getting its digital version is definitely going to affect the PS3 and 360 console users, won’t it? Also, the Wii sales in US and other markets has been raising, beating down the other consoles. Now there is one more reason why Nintendo Wii sales will boost up!