Fairphone available for pre-order in Europe for €325, is built from conflict-free materials 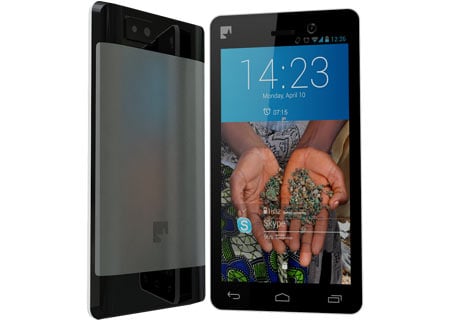 While the Fairphone might appear to be like an everyday Android smartphone, the maker has adopted a different approach to produce the device at an affordable price. The majority of the form factor is crafted from materials that have been ethically sourced from the Congo.

To put together the Fairphone, the company has utilized conflict-free tin for soldering paste and tantalum which is used in capacitors. The overall design has taken the Netherlands based enterprise around 3 years to finalize. And now, they’re finally ready to head into production. A post on TechCrunch highlights that the device was previously being offered only to the 16,000 plus people that decided to back the project when it was initiated. While the phone is limited to buyers in Europe only, almost anyone can now pre-order it. 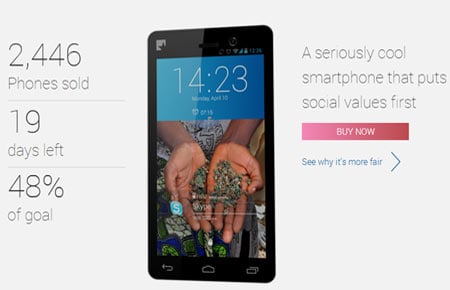 Fairphone is being completely transparent about the production process and even the amount at which the components are sourced. However, to commence production, a total of 5,000 orders are required. When we last checked, 2,446 units were already sold with 19 days remaining for the campaign to end. According to the maker, the device will ship with Android 4.2 Jelly Bean onboard. But those with the technical know-how will be able to throw in other open source platforms such as Firefox OS, Ubuntu and more.

Coming to the technical aspects of the device, the phone is bundled with a 4.3-inch display possessing qHD resolution of 960 x 540 pixels. Dragontrail Glass from Corning is layered over the front for enhanced durability. The heavy lifting is done by a quad core 1.2GHz MTK6589M processor that’s accompanied by 1GB of RAM. The handset sports dual SIM slots and an integrated storage of 16GB.

The Fairphone is currently available for pre-order through the company’s website for €325 which is inclusive of VAT, with a release date scheduled for fall 2013. For every purchase, €3 will be donated to Closing the Loop. In order to reduce the amount of waste, the packaging will be minimalistic and chargers as well as accessories will not be included. 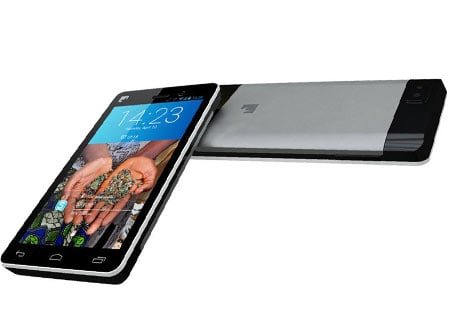