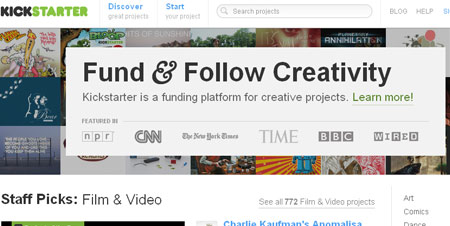 Kickstarter is making the news for its shaky money back policy on failed projects – not exactly a great reason to be hitting headlines. This tidbit came to light when NPR’s All Things Considered asked whether backers would get their money back if a campaign didn’t take off successfully.

The popular crowd funding website has responded by simply saying that it cannot issue refunds since the whole transaction process takes place between the project creator and backers. So when a campaign garners the required attention, money is transferred straight from interested parties’ credit cards to the concerned developer’s Amazon Payments account. According to Amazon rules, refunds are only permitted 2 months from the date of charge; meaning a new account or alternative method of cash transfer must be taken to deploy refunds.

“We started Kickstarter as a new way for creators and audiences to work together to make things. The traditional funding systems are risk-averse and profit-focused, and tons of great ideas never get a chance as a result,” says the official Kickstarter blog. “The pursuit of these projects with a guarantee doesn’t work. A Kickstarter where every project is guaranteed would be the same safe bets and retreads we see everywhere else. The fact that Kickstarter allows creators to take risks and attempt to create something ambitious is a feature, not a bug.” 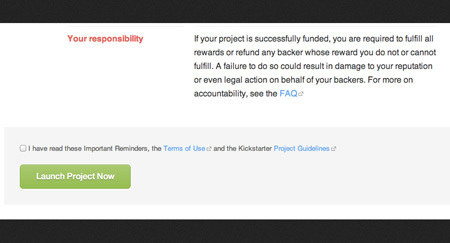 In other words, those enthusiastic about supporting a product may do so and not expect the website to be held fully accountable for unfulfilled campaigns. But that doesn’t mean the Kickstarter folks are doing absolutely nothing about this whole scenario. Apart from asking creators to put down an estimated delivery date for rewards, they’ve also added more guidelines and prerequisites for Design and Technology projects. The last mentioned calls on developers to submit relevant background and experience information, a manufacturing plan and a working prototype for which they’ll be inviting backers.

Putting it down simply, there’s no guaranteed Kickstarter money back policy for failed projects. At best, backers can choose wisely and hope their dollars will reach creators who’ll ensure that the project in question is completed.