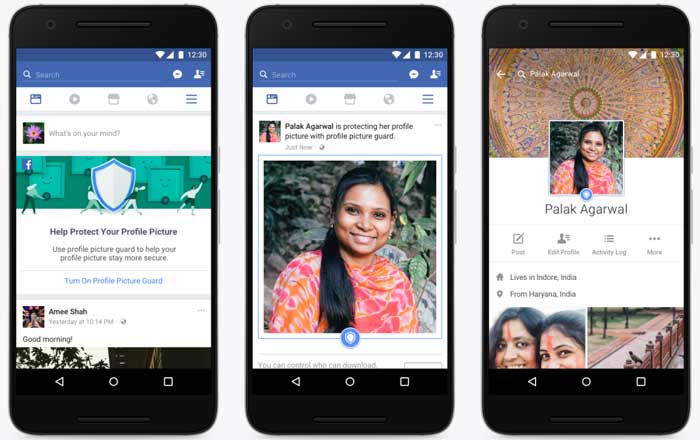 Facebook’s begun rolling out some useful new tools to protect profile photos from being misused by others. It’s only available in India right now on a pilot basis and will expand to other countries based on how it’s received in the country.

Profile photos are pretty essential to the Facebook experience since having one is the easiest way to identify a user. However, the company found that not everyone feels completely safe putting their face up on the internet for anyone to download and share without their permission.

This is an issue that especially concerns women, many of whom don’t want to put their photos online because they’re worried about what might happen to the images. Keeping this in mind, Facebook has developed new tools in partnership with Indian safety organizations like Youth Ki Awaaz, Centre for Social Research, Learning Links Foundation, and Breakthrough.

Indian users will soon start seeing a step-by-step guide titled ‘Help Protect Your Profile Picture’ on their page. Once the profile picture guard has been switched on, others won’t be able to download, share or send their image in a message on Facebook. Individuals who they’re not friends with on the site won’t be able to tag anyone in their picture, not even themselves.

Facebook is also going to signify that the snap is protected by drawing a blue border around it and placing a shield at the bottom. It’s also promising to take measures to prevent screenshots from being taken whenever possible, noting that screenshots are currently only available on Android devices.

According to Facebook’s preliminary tests, individuals are 75% less likely to copy a profile photo if it has an extra design layer on top. Armed with this knowledge, it’s partnered with an illustrator named Jessica Singh to create Indian textile-inspired looks for people to add to their image.