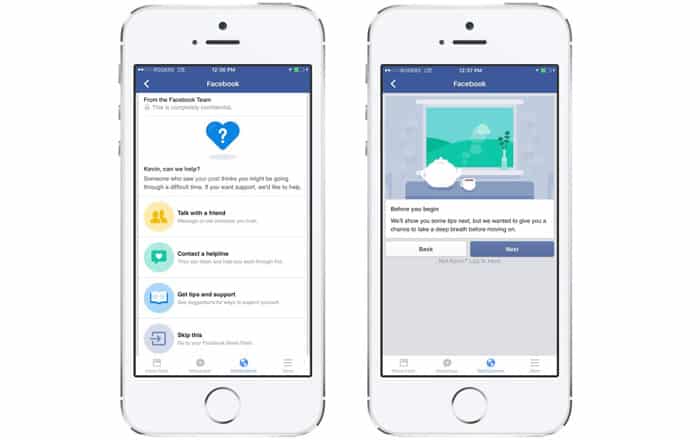 Social media is increasingly being used as a place where people go to post their less-than-happy thoughts which might be an indication of a much bigger problem. Facebook is a common venting ground for such self-injury or suicidal feelings, which is why the company introduced suicide prevention tools to help those in need of support.

Facebook has now officially rolled out its suicide prevention measures internationally, going from a US-based operation to a global one. It’s collaborating with a number of local partners for the initiative, in addition to making it accessible in all the languages the site currently offers.

If you fear your friend or family member is at risk of self-harm based on their Facebook posts, you can choose to flag their posts anonymously. You also get the option of reporting it to the site which has teams working around the world at all hours to review these situations as they come in.

Also Read: Facebook is force-feeding users its own app again

Facebook additionally prioritizes the most serious cases first. Such matters are usually time-sensitive and nerve-wracking. In that light, the company has attempted to make its tools as easy-to-use and sensitive as possible, taking inputs from people who have personal experience with suicide, along with mental health organizations such as Forefront, Save.org and Lifeline.

Once the post is reviewed, Facebook sends your friend a missive asking them if they’re alright. The page contains tools to communicate with someone they trust, contact a helpline, get tips and support, or just skip the process entirely. The brand also has a separate Help Center section for information on what to do when faced with a wide variety of scenarios.