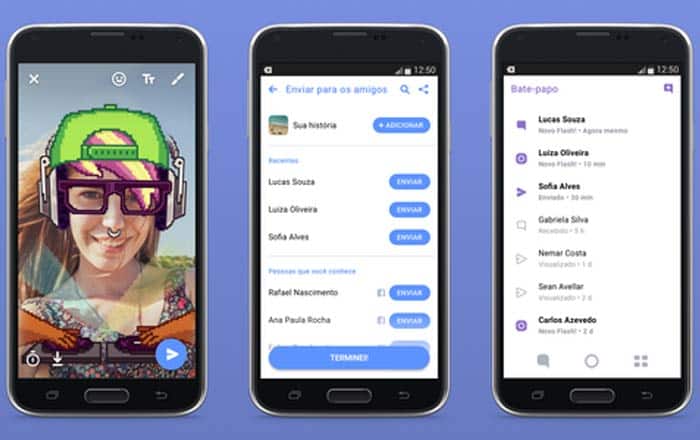 Facebook’s rivalry with Snapchat is well documented at this point, with the social media behemoth rolling out apps and features galore in its attempts to vanquish its competitor. Now the former has launched yet another app called Flash which clones the latter to a T.

Flash employs the same disappearing format for photos and videos as Snapchat. It also offers a range of filters and face masks, along with editing tools like doodles and emoji. However, Facebook is trying to do something different this time round. The app is meant for emerging markets across the world where Snapchat is yet to extend its dominance.

Flash has been built from the ground up by Facebook’s growth team for places where connectivity can be spotty and Wi-Fi isn’t widespread. It’s kickstarted its journey from Brazil and may expand to other countries in the future. The company claims the application weighs in at just 25MB, significantly lower than Snapchat’s 76MB.

This could be an important factor for people who have basic phones which are low on memory. Facebook’s launched ‘Lite’ versions of its apps before, but this is one of the few times it’s emphasized on data-light features from the get-go.

The strategy could make all the difference if things go Facebook’s way. The company recently implemented significant revamps to its main app’s camera tool in an attempt to catch up with Snapchat. Users in Ireland can now take advantage of features like self-destructing media, filters, animated masks, and graphics.