Facebook’s new option pushes you to send money through Messenger

Facebook has been pretty aggressive when it comes to promoting its family of apps, none more so than Messenger. The former is now looking to prop up the latter’s person-to-person payment facility by adding it to the main app.

Facebook has confirmed this development to TechCrunch. It’s currently testing the new Send or Request Money option within its flagship app. The feature has apparently been in testing for about two weeks and can only be seen by US citizens since Messenger’s peer-to-peer payment system is only available in that country right now. 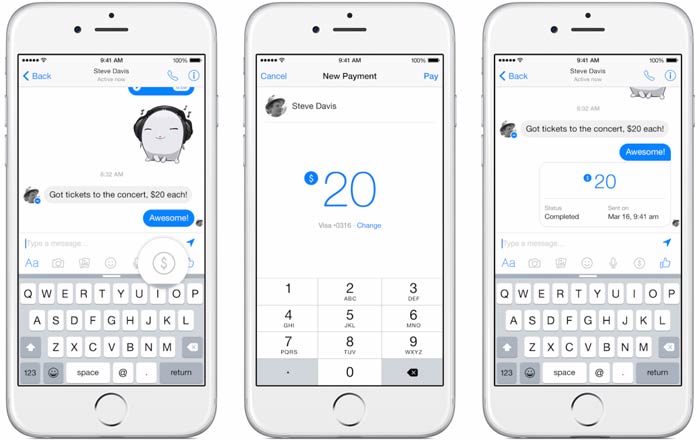 To recap, Messenger got the ability to send money last year. Users could add their cards to the platform and send a contact money without incurring any fees. The facility was meant to take on payment apps like PayPal. However, the tool is currently buried in the chat application under the ‘more’ option. It’s possible a lot of people aren’t aware of the feature because of this.

Facebook’s new Send or Request Money option could change that. Anyone who taps it immediately gets redirected to Messenger or the App Store to download the application if it’s not installed in the individual’s phone. The firm has been using navigation to highlight areas it wants to expand for a while now, including options for things like Moves, Moments, Shops, Events, Groups, and On This Day.

Facebook has big plans for the payments sector. It’s looking to eventually introduce transaction-free payments for businesses and generate revenue by asking these enterprises to pay to get featured or promoted. However, the first step in doing so is to raise awareness of its facilities since most people still see Messenger as a chat app rather than a place to exchange money.