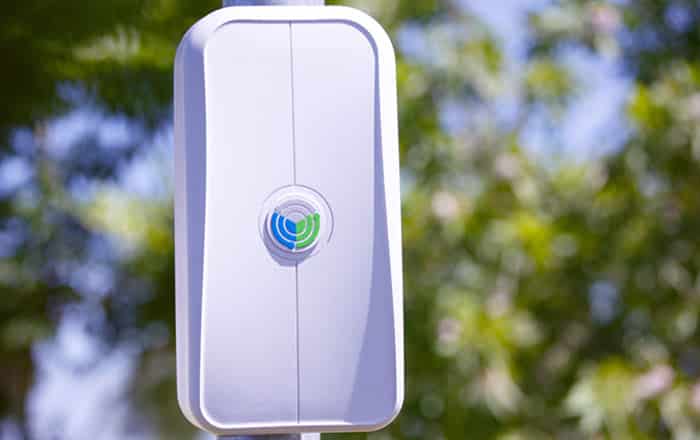 Facebook has launched a brand new wireless access platform dubbed OpenCellular with the aim of providing network connectivity in remote areas across the globe. The company is notably making it an open-source project, meaning anyone can develop and customize it according to their needs.

OpenCellular is basically a hardware and software platform which supports all sorts of wireless standards such as 2G, Wi-Fi and LTE. Facebook is currently testing it out and has managed to send and receive SMSes, make voice calls, and connect to the internet so far. Interestingly, it can also be updated to support upcoming standards, effectively making it future-proof.

Facebook claims OpenCellular can deliver connectivity to a maximum of 1500 people who are located up to 10km away. It’s a fairly small box and can be installed at a range of heights from a short pole to a tall tree. The brand is also touting it ruggedness, asserting that it can survive some of the harshest conditions in the world including extreme temperatures and high winds.

Given OpenCellular’s customizable nature, entities can choose to utilize it as a network-in-a-box or just as a cellular access point. Facebook plans to open-source the design of the product so telecom operators, entrepreneurs and researchers can easily reproduce it. The idea is to decrease costs overall, helping new participants find their footing in a traditionally expensive endeavor.

In a blog post, Facebook says the inspiration behind OpenCellular was to connect the 4 billion people who are still don’t have access to the internet. 10% of the earth’s population still lives outside the range of cellular connectivity, with many able unable to afford basic connectivity.