In its bid to constantly keep introducing new features to its services, Facebook has now come up with ‘Nearby Friends’ which is a trait aimed at bringing you closer to your friends; physically that is, not in a social networking kind of way. This means, if one of your pals is close to where you are, the Android and iOS apps of the SNS will notify you about that so you can meet up with them.

Explaining it in a practical manner, Facebook has said that if one of your friends is at the movies at the same time as you are, the app will notify you about this so you can watch the film together. To get things straight, it’s an opt-in feature so you can control whether you’re a part of it or not. 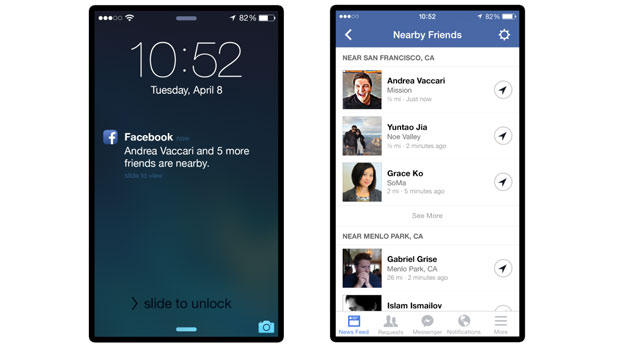 If both parties are using this feature, they can also get informed when one of them is travelling. The city as well as the neighborhood they’re in will be displayed along with their profile. Nearby Friends is customizable which means that you can set it to share your location with a particular set of friends during a particular time period of time as well. 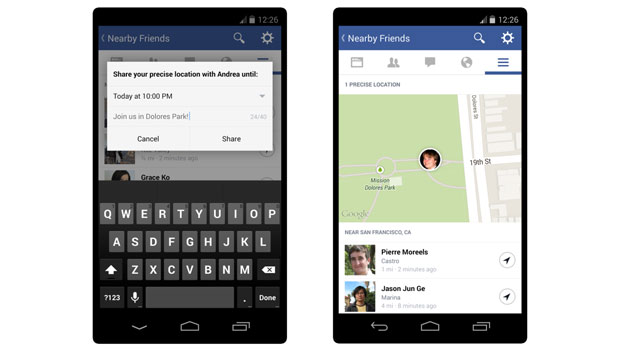 The catch however, is that Nearby Friends has only been revealed to be applicable in the US. Both the iOS and Android apps of Facebook will be receiving it in the coming days.