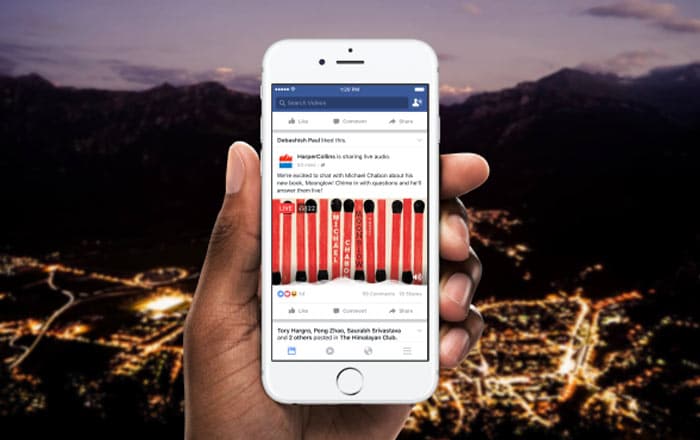 After stirring up the world of livestreams with its Live feature, Facebook is ready again with yet another new attribute called Live Audio. It’s just what it sounds like; the ability to livestream just sound rather than video.

Facebook has attributed the development of this feature to some publishers’ desire to tell stories with words rather than video. It has found that a number of people have used its Live video trait with a still image in front of the camera, since they just wanted their voice to be heard.

By creating Live Audio as a separate feature, Facebook also opens up new possibilities for people who find themselves in weak network areas where livestreaming audio will be easier than video. Besides, concerts, podcasts, book readings and plenty of more activities well indeed find new meaning through this feature.

The way it works is very similar to the video version of Facebook Live. People can discover Live Audio streams via their News Feeds, and they can even ask questions and leave reactions in real time during the broadcast.

One trait which only Android users will be able to benefit from is the ability to listen to Live Audio streams even when the Facebook app is closed. iPhone owners can use other parts of the app while listening to them, but they can’t continue to enjoy the broadcasts once they are out of it.

For now Facebook’s Live Audio feature is only being tested via select accounts like BBC World Service, Harper Collins and Adam Grant. It will be made available to the masses early next year.