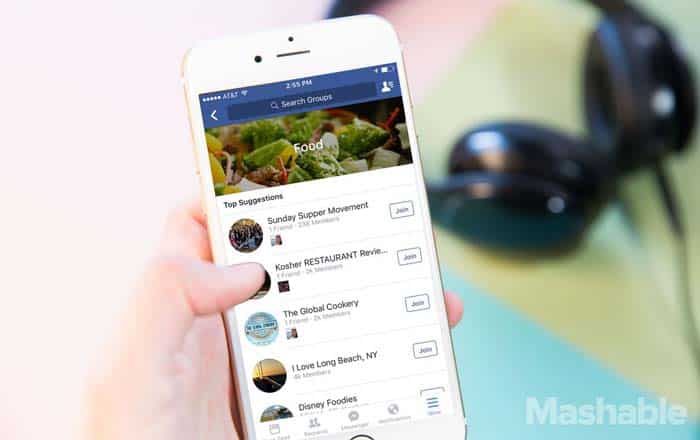 Facebook Groups have existed since the inception of the social network, but their relevance has indeed eroded over the years leading them to having become just something you’ve joined and forgotten. In an effort to perhaps revive their significance, the makers of the social network have come up with a new feature now.

This new Facebook Groups trait however is available only to a select few testers at the moment. It adds a Discover section within the Groups tab with an aim of making it easy for you to join conversations with like-minded people.

Categories like Food, Parenting, Sports, Buy & Sell, Networking, Animals & Pets, Hobby & Leisure, Travel and more will be shown to you; so that you can browse through public and closed Groups based on your interests. These Facebook Groups will include Groups that your friends are in and local Groups.

This functionality will be rolled out to more users in the coming weeks, as has been confirmed by Facebook to Mashable. And it’s indeed something users will gladly welcome given the fact that they have to currently search for groups manually if they wish to discover new ones.

The social network is also apparently in the middle of testing self-destructing messages on its Messenger app. This Snapchat-like feature gives you the option to have a sent message be deleted a minute, 15 minutes, an hour, 4 hours or a day after you send it.

Coming back to the newly improved Facebook Groups functionality, it should begin rolling out to people in the coming weeks. We’ll make sure to keep you informed about its arrival; so stay tuned to this space till then.