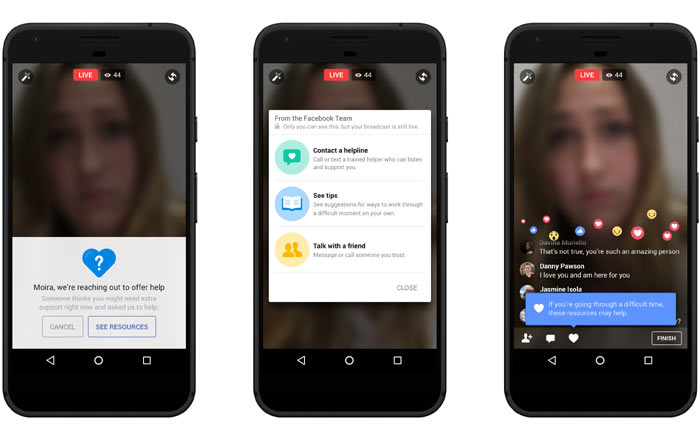 Facebook’s had suicide prevention tools in place for years, relying on people to report it if they think their friend is at risk. It’s now stepping up its efforts by looking to artificial intelligence to spot users in distress.

Facebook is working with experts to test this AI-based approach, using the technology to detect patterns in suicidal posts. The technique is supposed to display the option to report a post more prominently. It’ll further identify these updates and send them across to the company’s Community Operations team.

If the team thinks there is something to be concerned about, they’ll provide appropriate resources to the person even if no one else has reported the content yet. Facebook plans to test its AI in the US for now on a limited basis.

Also Read: You can now apply for jobs on Facebook

Facebook’s also looking to tackle suicide in other areas such as live video streaming. The social media major will now integrate its pre-existing reporting tools as the video is being broadcast in real-time. Individuals can choose to reach out to the person directly or report the video to the site.

The latter alternative opens up a box within the Facebook Live stream asking them what the situation involves and then displaying a list of options such as getting in touch with a helpline or connecting with another friend. The person at risk sees a similar list on their end.

Finally, Facebook has updated its existing Messenger support framework by allowing suicidal users to see the option to talk to someone in real time directly from a partner’s page or through its prevention tools. This is also currently in the testing stage and will expand over the next couple of months.