Microsoft Corporation’s Facebook for Windows Phone application has been updated and the software company says that it has added multiple new features to it including some that make it extremely easy to share pictures. As you may already know, the utility is compatible with the WP 8 and 7.5 platforms.

The version 5.1 of the application now supports triple the number of languages it did before the update was rolled out, bringing the figure to 19. But the key highlight of the application now is its features related to pictures. The web version of the social network had introduced the function wherein users can add photos to their messages quite a while ago and finally it has landed on the Facebook app meant for the Windows Phone devices. 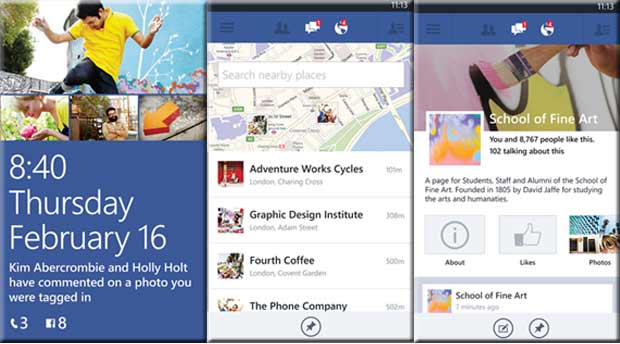 And that’s not quite all. Once subscribers have upgraded to the new version of the application, they can upload images to the SNS in batches right from their compatible handsets. You can expect some performance improvements as the developers got rid of bugs and navigation should be smooth as well. Inline @tagging feature has been included too.

Posting status messages and other updates is all the more easy and checking-in to various places doesn’t take all the time that it used to in the previous version of the application. Furthermore, users can now go ahead and unfriend people right from their phones without waiting to log in from a computer to do so. The same thing applies to unliking, in case you ended up hitting like for something you do not really appreciate.

The Facebook for Windows Phone update has gone live already and the application is available for free through the official app store.