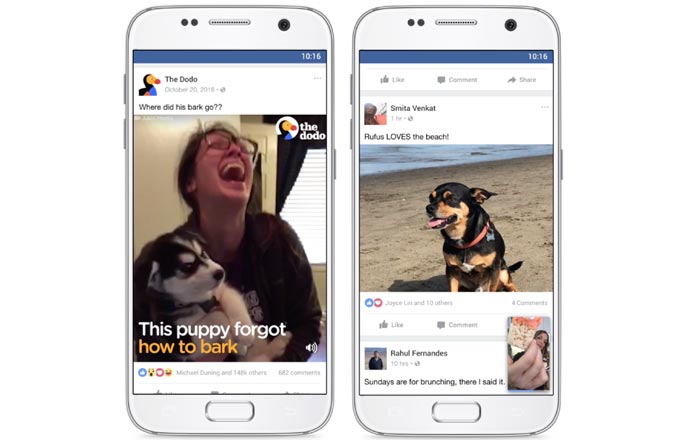 News Feed videos so far play without audio unless a person specifically taps on them. Facebook claims that people now expect sound to be heard when watching videos on their handset. In light of that, the company is planning to allow a video’s audio to be heard. It’ll fade in and out as a user scrolls through the page.

Facebook plans to roll out the tweak slowly. It promises that videos won’t play with sound if the smartphone is set to silent. For those who don’t want this to happen at all, they can head to Settings and disable the ‘Videos in News Feed Start With Sound’ option.

Facebook has also announced a brand new a picture-in-picture view feature that lets people minimize a video to a small corner of their screen and continue browsing News Feed. The video can be dragged around and continues playing even when a person exits the app. However, the latter is only possible for Android phones.

Facebook’s further made some much-needed modifications to vertical video playback so that they look better when played on a device. It actually started testing the modification last year. The larger format is currently rolling out to both iOS and Android.

Finally, Facebook has made the leap to TV sets with a brand-new video app for Apple TV, Samsung Smart TV, and Amazon Fire TV. The application will showcase live, shared, uploaded, and recommended videos. There’s no mention of original scripted series as had been rumored before.