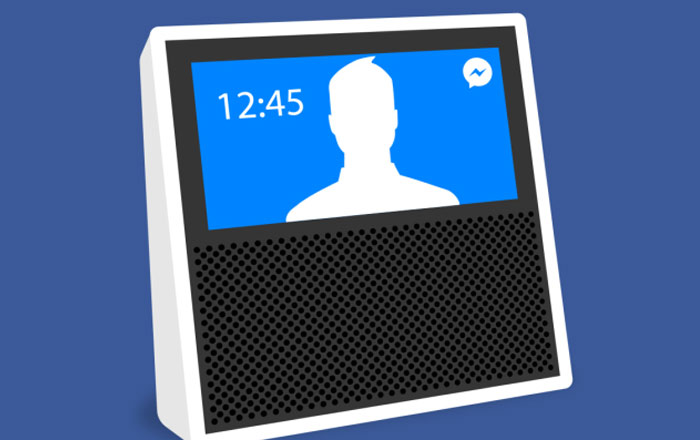 Facebook’s about to make the leap from your computer into your home with a new video chat device. That’s according to a recent Bloomberg report which claims that it’ll be the first major hardware product from the company’s Building 8 lab.

The mysterious Building 8 works on experimental Facebook projects that lets you hear with your skin and type with your brain. The new video chat product is pretty tame in comparison to the crazier things it’s toiling away at, but the device is still an entirely new venture for the company given its lack of experience in the hardware space.

Facebook is apparently working on a separate standalone smart speaker as well. Both could be powered by a Siri-like digital voice assistant that’s created by Apple veterans. However, in view of the former concept already being popularized by the likes of Amazon and Google, the social media giant might just scrap it to concentrate on video chatting instead.

A dedicated device for video conferences is still a relatively new concept, with the biggest player so far being Amazon’s Echo Show. Facebook’s take on the idea might involve a much bigger screen though, with the report predicting a laptop-sized 13-inch or 15-inch screen on top of a thin, vertical stand.

Sources familiar with the matter claim that it’ll come with a wide-angle camera, microphones, and speakers which are all powered by AI to boost performance. It may run on Android and boast of tools like the ability to scan for individuals and lock onto them. The latter would let the camera zoom onto an object like a child’s painting to show a parent on the other end of the call.

Facebook’s supposedly been trying to fit a 360-degree camera onto the product, but this probably won’t be ready in time for its targeted spring F8 developer conference unveiling. The combination of a large screen and smart camera tech is meant to help far-flung people feel like they’re in the same room, but we’ll have to see how well this plays out in real life given that they could just use their laptops instead.

The Facebook video chat device is apparently in the prototype phase and is already being used in homes. It could be priced at a few hundred dollars, while the standalone smart speaker could sell in the low $100 range.