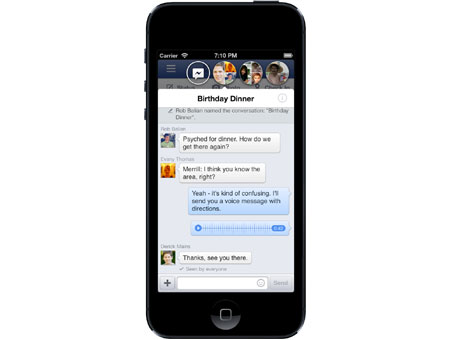 The Facebook app for iOS has been updated to give Apple users a homely feel and it includes chat heads made popular just recently in its Home for Android. There are also new features in private messages, while with the new version, iPhone and iPad owners will be able keep up with friends ‘faster than ever.’

The most interesting addition is that of chat heads. Just like their Android counterparts, iOS users will be able to chat with friends while engaged in other activities on the site through mobile. The chat heads can be tapped to reply, or dragged around it they are getting in the way. And if they are plain unwanted, they can be dismissed by a flick to the bottom. 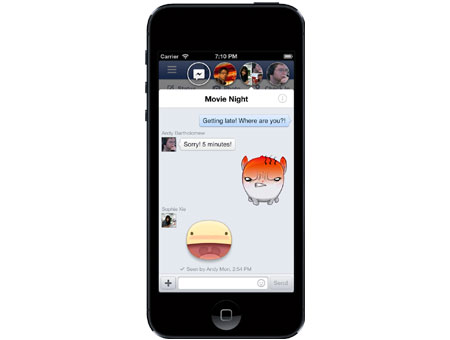 A new feature that is being included is the appearance of stickers depicted in the image directly above. In order to put these into their conversations, users will have to tap on the smiley icon, but they will also be able to purchase more from a dedicated store. It should be noted however, that both chat heads and stickers will be fully rolled out only over the next few weeks.

In addition, it’s been about a month and ten days since the company announced its refurbished News Feed and it has finally come to iPad users. The main change is that stories will now be bigger and brighter, shifting focus to larger, more beautiful images. The stream is split into four tinier feeds, each one narrowing in on a particular aspect of the site.

If there’s been any talk of late about the SNS, it’s been regarding the new Home feature it just started rolling out for Android. And while the company planned to restrict the initial distribution to a few phones and even fewer regions, Paul O’Brien over at the MoDaCo forums thought different. He patched the smartphone apps with a workaround on the system check, allowing the software to be installed on just about any Android device, unofficially of course. 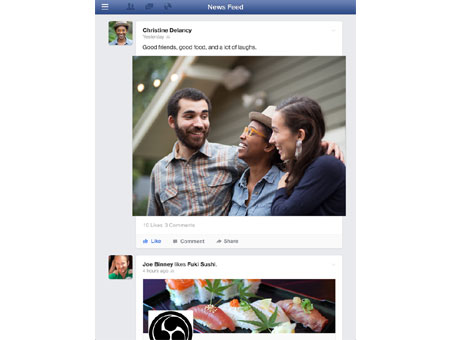 The Facebook update for iOS is now available on the Apple iTunes store. The app is in its version 6.0 and comprises of about a 30MB download. The minimal additions should serve to keep iOS users pacified in the wake of the extra Android functionality.