Personal digital assistants are being adopted at a very fast pace by the biggies in the tech world, with Facebook being the latest company to have caught the wave. It has unveiled M – probably named after James Bond’s handler – which can be accessed by users through its Messenger service in order to gain answers and complete tasks.

Before you get all excited and start looking for it in your Messenger app, you should take note of the fact that Facebook M has only been released for a few hundred people in the San Francisco Bay area as of now. That’s how infant this project happens to be.

But its prospects sure seem interesting, judging by the little details that have been revealed till now. It is of course looking to compete with other personal digital assistants in the market which exist in the form of Apple’s Siri, Microsoft’s Cortanta, Google Now and BlackBerry’s Assistant. 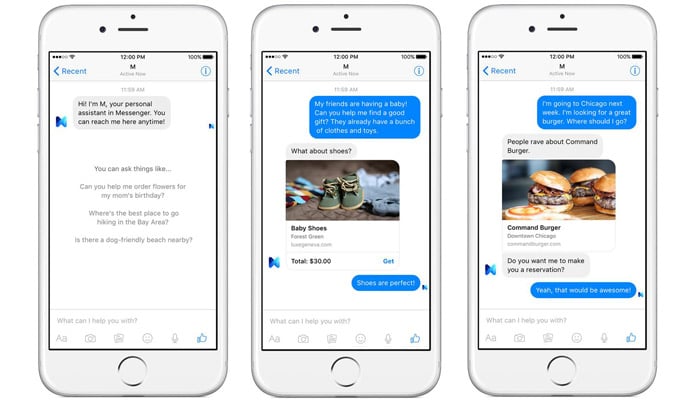 Facebook’s M will act as a friend with whom you can chat as you usually chat with your pals. You can ask it questions and wait for it to generate appropriate answers. The kind of complex questions it is capable of generating answers to can be seen in the images above.

You can take advantage of M to manage tasks like booking restaurants, making travel arrangements, getting appointments and more. Although it is powered by artificial intelligence, this service is trying to differentiate itself by having actual people training and supervising it at all times.

There’s still a lot of time to go for Facebook M to actually be made available to everyone on Messenger. We’ll have more on it when additional details are out into the open.