Facebook took up 1 out of every 7 minutes spent online in October: comScore 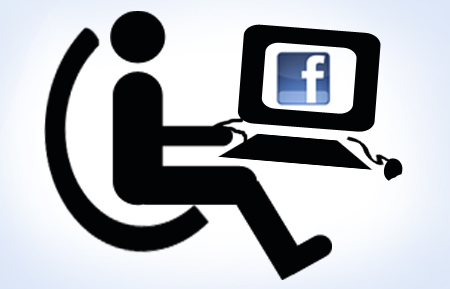 comScore has been telling everyone that 1 out of every 7 minutes they went online in October, was spent on Facebook in the ‘It’s a Social World: Top 10 Need-to-Knows About Social Networking and Where It’s Headed’ report. It should undoubtedly give marketers who still need to be convinced about the power of social networks something to chew over.

There are five main highlights that emerge from the analysis and the influence of Facebook is not the least among them. In October, the SNS is said to have reached 55% of the global audiences. Apart from having taken almost 1 in every 7 minutes of users’ online time, it was also stated to make up for 3 out of 4 social networking minutes. Going by this, we can hardly be surprised that networking accounted for approximately 1 in every 5 online minutes in October of this year.

“The emergence and widespread global adoption of social networks has vastly influenced human interaction on an individual, community and larger societal level, and underscores the convergence of the online and offline worlds,” explained Linda Boland Abraham, CMO and EVP of global development, comScore. “Regardless of geography, social networks are weaving themselves ever more intricately into the fabric of the digital experience, opening a world of new opportunity for business and technology.” 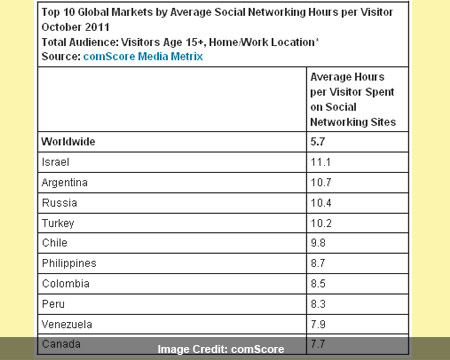 Another point of interest claims that 64% of U.S. smartphone users hit up social networking websites at least once in the month of October. Out of these numbers, 2 in 5 owners are touted to have accessed such sites almost every day. Apart from calling microblogging a ‘disruptive new force’ in social networking, comScore also elaborated on the statistics asserting that the activity isn’t just popular among the younger age group anymore.

Lastly, the comScore report insists that Israel comes on top when it waters down to the most highly engaged global social networking markets. Funnily enough, the U.S. doesn’t make it to the top ten countries list in respect to the same.