Facebook Timeline rolls out across the globe, also on mobile 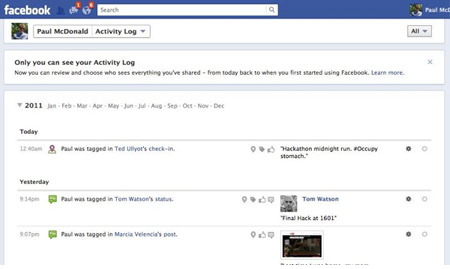 For all those social networking buffs who have been holding their breath for the Facebook Timeline feature, the wait is finally over. The team behind its development has announced that it is now being made available all over the world, including on the mobile version of this SNS.

Users across the globe who want to immediately switch over to this new avatar of Facebook profiles can now do so by visiting the Introducing Timeline page and clicking on ‘Get Timeline’. Otherwise, Facebook will soon make this announcement at the top of profile pages that still haven’t joined the club. The new function enables enthusiasts to tell their life story on the social networking site in a much more effective and entertaining format, with old photos, videos, status updates, posts, recommendations, and more.

“We recently announced our plans to introduce Facebook Timeline, an entirely new kind of profile. Timeline gives you an easy way to rediscover the things you shared, and collect your most important moments. It also lets you share new experiences, like the music you listen to or the miles you run. Starting today, timeline is now available everywhere,” posted Paul McDonald, engineering manager, Timeline team on the official Facebook blog when conveying the news about the worldwide roll out of the web version of this feature. 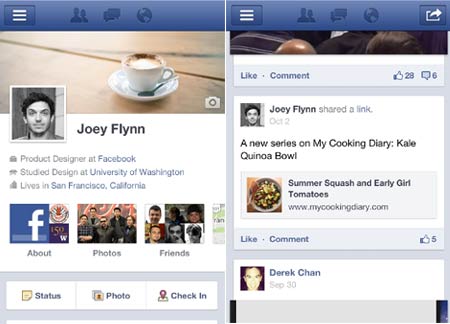 Before users can show off their Timeline to friends, Facebook will offer a 7-day review period to design, redesign and format the page. Profile owners have the choice of publishing it anytime within the review period. If not, it will automatically go public at the end of the review schedule. Also, how the new page appears to friends can be viewed by hitting ‘View As’ from the gear box at the top.

In addition to this, the new Facebook Timeline feature is also being made accessible from the mobile web compatible version of the social networking site as well as the Facebook for Android application. The mobile website starts with a photo cover and scrolls down to show photos, posts, and so on. Also, posts and photos can now be seen in different views.

The Facebook Timeline mobile version can be accessed through m.facebook.com, or by downloading v1.8.1 of the Facebook for Android app.