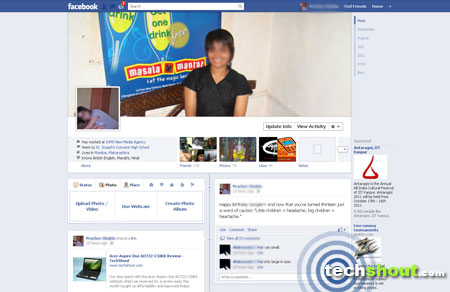 Hey, wasn’t Project Spartan supposed to be unveiled at the f8 Developer Conference? What happened to that? Apparently, team Zuckerberg had big overhaul plans for the SNS and Facebook Timeline, Ticker and a reworked News Feed were going to be the stars at the event. The Facebook iPad app can wait for the Apple iPhone 5 launch party instead. There couldn’t be a better way for the two giants to indulge in some PDA after all. Meanwhile, users who’ve just been introduced to the Timeline seem to blinking like owls caught in daylight and wondering whatever happened to Facebook as they’ve known it.

To say that the company took a big gamble with Timeline is an understatement at its most understated. Having stalkers for real gives you a kick? Ever been tempted by that scam titled ‘OMG! See who viewed your profile’? Facebook has technically made a stalker out of every other user with the introduction. With the eye-catching cover photo element and everything users have ever been guilty of doing on the SNS conveniently showing up on one page, anyone with time on their hands will probably end up scrolling through friends’ timelines and peeking at posts that grab their interest. We have been asking members who’ve had their first encounter with the feature for their take on it. The response is mixed or annoyed for the most part of it.

“Facebook shouldn’t just go around updating everything the moment I get used to one change or the other. It’s very frustrating for users. I haven’t logged into the site since Sunday. Because the moment I logged in and tried to go to my profile page, it was this mish mash of things I didn’t want to be dealing with on a holiday. And there was no option to go back to the simpler interface I’m used to. Maybe I’ll take the time to figure out at my leisure. But my first look seems to show nothing but a mess,” says Jacqueline James, headhunter for a marketing firm. 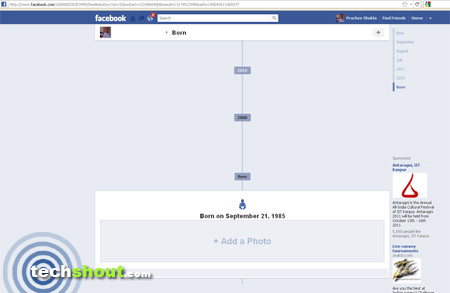 “I’ve got these very confused feelings about the new Facebook Timeline feature. The interface is quite attractive, with the cover and calendar-like design,” remarked Damien Reece, high school student. “But at the end of the day, I don’t want to be given homework by the guys behind a social networking site. Having to go through every update I’ve ever posted since the beginning of my time on Facebook and delete or edit each one is tiresomely boring. Who has the time or energy to run through every one of their posts and delete stuff they regret having said or been associated with?”

It’s all out in the open now

Remember that update you posted last year which said ‘God! I can’t look at people with pierced eyebrows and not cringe inwardly’? Well, your best frenemy just got one last week and she thinks she knows why you didn’t invite her to your potluck after running through your timeline. She doesn’t know that you just hate her deviled eggs. Imagine all the unfortunate misunderstandings such a feature is capable of creating. And it’s a data mine for employers who base their ‘character analysis’ of an employee or a potential one on their Facebook activity. The possibilities are endless.

But it’s not that you’ll find nothing to love about Facebook Timeline. It gathers every note, comment, update, photo, video, link and ‘like’ you’ve ever posted on the website. You can even add events that happened way before Facebook was invented. And if you ever want to dock out a few candidates from the list of people you plan on inviting to your birthday bash, you can also pull up names of those who’ve unfriended you without your knowledge. We still won’t be able to explain why there’s a ‘Feature on Timeline’ option though. Because when we click ‘View as’ to check how our profile appears to another friend, everything pops up whether we’ve opted for it to show on timeline or not.

Maybe a little patience with Facebook Timeline is what the doctor would order? It’s still too fresh to tell whether it will be a flop or not. What about you? Do you like the new feature?