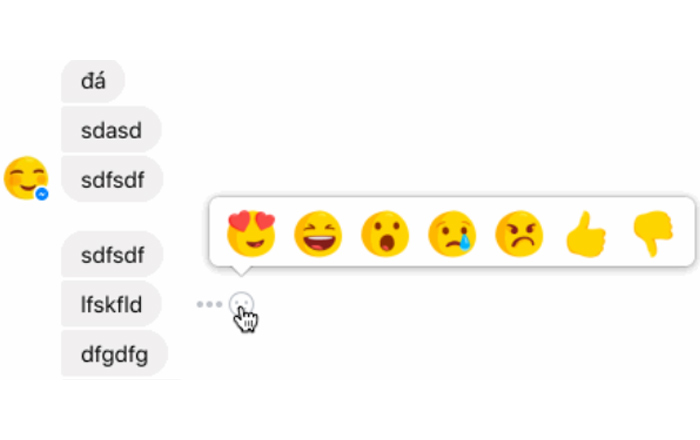 People have been asking Facebook to introduce a Dislike button for years, only for the site to deny their request on the grounds that it didn’t want to spread negativity. It looks like the company has finally capitulated to the demand for one at long last.

However, instead of placing the Dislike button on its main site, Facebook has decided to debut it in Messenger. The option is being tested alongside others as part of a small experiment the brand is running which allows users to share an emoji for individual messages in a chat thread.

Facebook is basically bringing Reactions to Messenger, letting members share their response to a text via an emoji like they would with a News Feed post on the site. Hovering over a message prompts up a smiley button which in turn can be tapped to send a heart-eyes, wow, lol, sad, angry, thumbs-up Like, or thumbs-down Dislike emoji.

Everyone in the chat window will be able to view a Reaction counter below the text. Pressing it will allow users to see a full list of who sent what response. Facebook confirmed the development to TechCruch, but offered up its own explanation for the addition of the Dislike button.

As it turns out, Facebook doesn’t see it as a Dislike button. In its opinion, the thumbs-down symbol is meant to represent the word no. As per the company, consumers utilize Messenger for planning and coordination purposes, so it’s experimenting to see if Reactions catch on as a way to do things like quick voting and logistics.

This could prove to be very useful in group chats with lots of participants. People could communicate a Yes or No to a question simply by sending the corresponding emoji. Facebook’s restricting the new feature to a small pool of testers for now, but could roll it out to everyone if it’s popular.