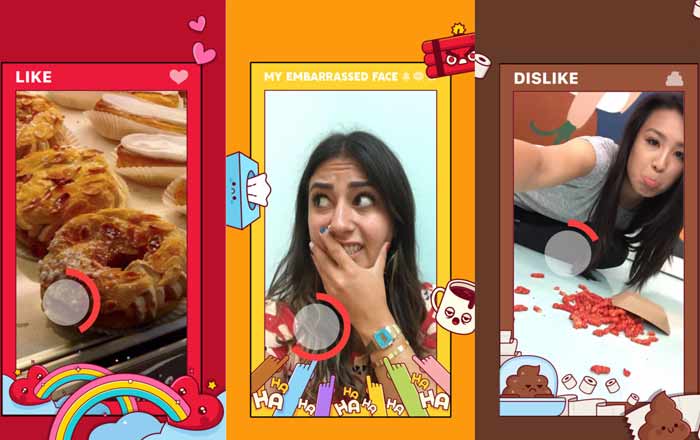 Facebook’s latest quest to get the attention of Snapchat loyalists has mushroomed into a new app called Lifestage. The teen-centric app is meant for high schoolers who want to primarily communicate through videos.

Lifestage takes Facebook’s video-focused approach to things to the next level, asking users to fill in their profile information with videos instead of text. Accordingly, they’ll get asked to shoot footage of trivia like their likes, dislikes, happy face, embarrassed face, best friend, and dance moves.

Viewing Lifestage profiles is limited to people 21 and under. Anyone who is 22 or older can only see their own profile. Other than attempting to tone down the creep factor, there’s a good reason for this restriction, since the standalone app is meant high schoolers to learn more about their classmates around them.

As such, Lifestage asks members to select their educational institute when they join, effectively making sure they only see video profiles of people going to their school. However, the application only lets teenagers get to this point if at least 20 people from their school sign up for it.

There’s no way to tell if people will respond to this by actually getting their friends to hop on board or just abandon the app altogether. The entire system is highly reminiscent of Facebook’s own origins back in 2004 when it was launched as a college-only social network. The company is probably hoping to recapture that virality again, going back to that air of exclusivity that surrounded it before.

You can download Lifestage via the App Store. It’s only available for iOS right now with no word on when it’ll make the leap to Android.