Facebook stretches its Slingshot to take aim at Snapchat

Facebook has this time around officially launched Slingshot, following a botch up last week which had led the utility to accidentally land on app stores in a premature manner. This competitor is being aimed by its makers towards facilitating an ecosystem where ‘everybody is a creator and nobody is just a spectator.’

Right now, it’s available for Android and iOS devices, and can of course be logged into using your Facebook accounts. With Slingshot, you can click a photo or shoot a video and beam it across to your friends. But there’s a catch after that; in its bid to be different from Snapchat, this application doesn’t let your friends see the sent media until they send something back to you. 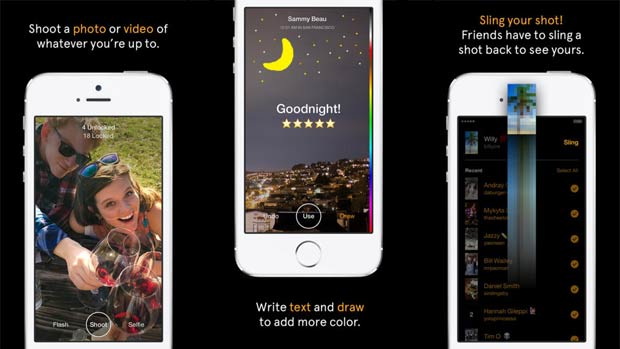 Expectedly, Slingshot features self-destructing photos and videos which can easily be drawn or annotated upon. Standalone apps seem be the buzzwords among software giants of the industry right now. In order to compete with Google’s large array of utilities, Facebook too seems to be adopting the approach of breaking up its services into focused applications.

It did that with its Messenger tool, and when that didn’t feel enough it readily spent a whopping 19 billion dollars to purchase an established IM app, Whatsapp. And with Instagram in its kitty as well, it already possesses the strongest image and video-sharing platform in the mobile space.

With the growing popularity of Snapchat, Facebook has seen quite an opportunity in Slingshot which it has launched for Android (Jelly Bean and KitKat) and iOS (version 7 and up) now. You can download the app for your devices through the Google Play store and the Apple App Store.