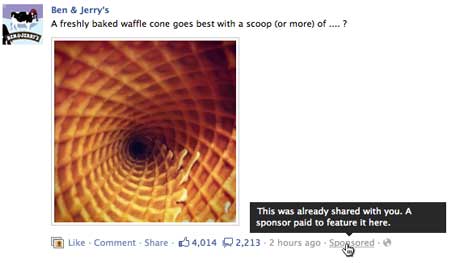 Facebook Sponsored Stories will apparently begin hitting the main news feed on the social networking website in 2012. Apparently, this addition will be coming in for the web version with a certain rate limit.

The aforementioned rate limit is said to ensure that each user will not see more than a single sponsored story ad through the day. In January this year, Facebook Sponsored Stories arrived on the website and the development appears to be an extension of sorts that’s heading towards the main news feed of the webpage.

A post on TechCrunch shares that these sponsored feeds will include stories from the Pages that users have liked. The stories may also be about friends, something along the lines of Facebook ads that were introduced earlier this year.

The sponsored ads should look and feel very much like any other post that users receive on the news feed page of the SNS. The only difference being that these ‘posts’ will be ads with a ‘Sponsored’ tag at the bottom right hand corner. So it may take time to sink in that the featured image is actually an advertisement. 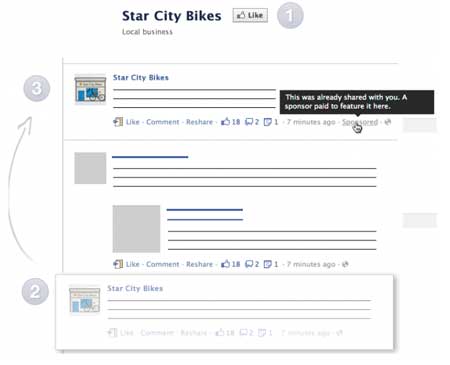 It can be argued that since these updates will either be about friends or from pages that users have liked, they shouldn’t be an issue. At the same time, it may be assumed that the rate limit maintained at one such ad per day, can easily be lost amongst the countless updates and not bother members at all. Because increasing the number of such ads is hardly a move which is likely to please users.

Facebook Sponsored Stories may be coming to the main news feed of the networking site in January 2012.