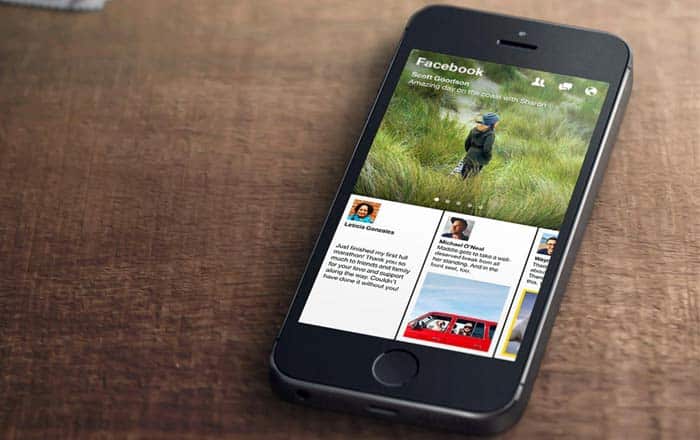 Facebook has decided to axe Paper, its standalone app dedicated to showing news in an easy-to-read sleek UI. The tool had launched to critical acclaim back in 2014, but has failed to gain any kind of traction with a wider audience since then.

Paper was the first product to come out of Facebook’s Creative Labs division. The company had closed down the department in December last year, so it should come as no surprise that its offspring has followed in its footsteps. The primary appeal of the app was its simple and beautiful layout, allowing users to read news under various categories such as technology, food, and politics.

It seems like this just wasn’t enough for people to actually download an entire app to get up to speed on news, since the main Facebook app already does that. Paper users have now begun receiving a message telling them that the tool will stop working on July 29. It’s already been taken off the App Store and never made the journey over to Android.

According to research firm App Annie, Paper has not been a part of the top 1500 most-downloaded applications list since December 2014. Elements of the tool continue to live on in Facebook’s flagship application, most prominently in Instant Articles. The platform borrows a number of design aspects from the former such as its interactive UI and full-bleed images.

Notably, the team behind Paper also built Instant Articles. In a statement to its users, the former said that parts of the app will continue to be integrated within the main Facebook app, though not all of them are set to make the leap. Its core users have no choice but to go back to the motherland now.