So someone ruined those pics of your big birthday bash by photobombing every single one of them. Facebook’s Shared Photo Albums will come to your rescue if you have friends who’ve been clicking away all through the party and have better pictures to show. What’s more the upload limit has been stretched from 1000 to a massive 10000 images. Of course, we’re talking about the number of photographs that can be uploaded by individuals versus a group of people. 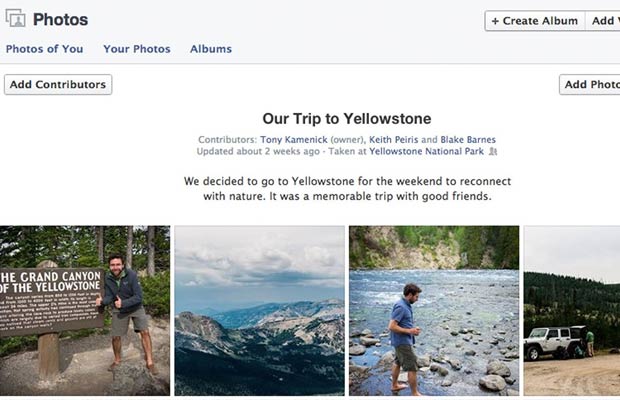 Each person who wants to share the memories may add a maximum of 200 pictures, meaning there can be a group of 50 contributors per ‘community’ album. When you create such an album, you get the option to tune the visibility to three privacy settings – public, contributors or friends of contributors only. Contributors can edit the images they upload, while creators can delete or modify all photos. Mashable who broke the news notes that this facility will not be accessible via Page albums.

The feature has begun rolling out to a select crowd of English users already. Following that, it will reach all members who access the social network in English. Only after this phase is over will the company take it international. In the future, contributors may be able to add more than 200 pictures to a shared album. But there is one small hitch right now. Albums can’t be created from mobile platforms even though photo contributions via mobile are enabled.

We don’t know of many who’d need space for 10000 photos in an album, but the idea of letting a group of people share the best pictures they’ve got of a family picnic, a trip to the zoo, a night out and so on and so forth should take off.