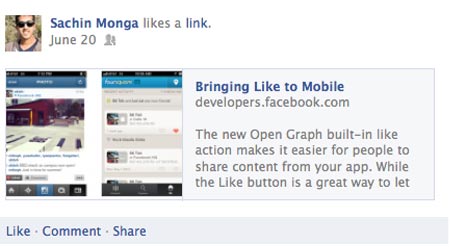 The Facebook Recommendations Bar is the social network’s latest plug-in which allows users to ‘like’ content and even share it with others. When implemented, the popup box is said to feature articles that have been ‘explicitly’ ‘liked’ and shared by friends from the respective app or website.

Operation-wise, the social plug-in works in a similar manner to how the Like button functions. Once an article is ‘liked’ through the box, the content is automatically displayed to the user’s timeline and even friends’ news feeds. What’s more, site administrators and webmasters can access the tool through the Facebook for WordPress plug-in as well. But the company points out that an Open Graph markup is required for articles to be displayed properly on the SNS.

“Today we’re launching the Recommendations Bar, a new social plug-in that helps people find articles based on what their friends like and share from your site. As a person reads an article, a small pop-up surfaces at the bottom of the screen highlighting recommended articles and prompting them to like the page. Recommendations are based on content that friends have explicitly liked and shared in your app or website,” explains Jeffrey Spehar, through a post on the official Facebook Developers blog. 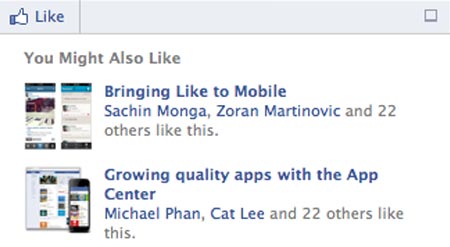 Setting up the plug-in should be rather simple and only needs a few lines of code to be added. All users have to do is configure the plug-in and copy the code to their site. Currently, a number of websites have already adopted the new bar. They include Mashable, Wetpaint and The Mirror. Facebook states that early tests were capable of delivering approximately ‘3x the clicks’ through the box.