Facebook Promoted Posts go public in US, allow anyone to sponsor anything for a price 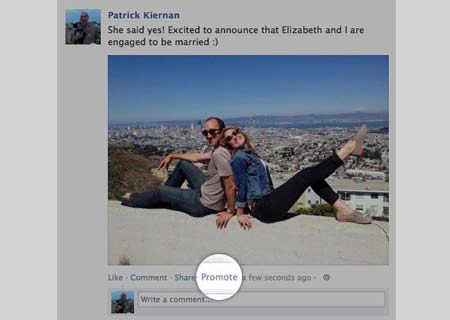 The guys over at a certain Menlo Park based SNS seem to have been trying out various new features and the latest is Facebook Promoted Posts which have gone public in the US on a test-basis. This means that almost anyone will be able to share their personal content with others by shelling out a sponsor fee which is determined on factors such as geographic location and expected reach.

This particular feature was initially introduced back in May for businesses to promote their products and services through pages. The one launched for personal accounts is no different, but the question we’d like to ask is how would it be of any use? According to the SNS, this will allow members to get their posts visible to those who aren’t likely to see it in their news feed. For instance, those having a lot of friends who publish content frequently may not have a non-promoted post visible near the top of their feed. 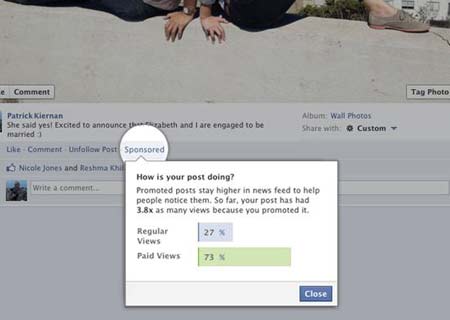 Once a post is promoted, users will be able to view how many friends or subscribers have seen it. These insights are normally made available approximately a day after the content has been published. This information can be accessed by clicking ‘Sponsored’ from the account holder’s timeline and it’s divided into two parts, namely Regular Views and Paid Views which show up in the form of percentages.

So with Facebook Promoted Posts, almost any user in the US will be able to sponsor their content so that others are more likely to notice it. The SNS states that the test feature can be accessed by those having less than 5,000 friends and subscribers. It’s also available in over 20 countries including New Zealand and India.