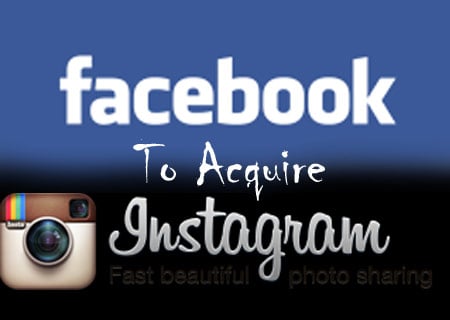 Menlo Park-based social network giant Facebook, plans on acquiring the Instagram photo sharing application for Android and iOS devices. The takeover is expected to be complete later this quarter for a total amount of $1 billion in cash and shares of the former.

According to the official statement released by the SNS, the photo sharing service will not be integrated into Facebook. However, it will be further developed and managed independently. Users will still be able to carry out a number of features currently offered by the application, especially the ability to post and share images with friends on various other social networks.

Mark Zuckerberg, founder and CEO of Facebook, posted about the transaction on his Timeline, stating, “I’m excited to share the news that we’ve agreed to acquire Instagram and that their talented team will be joining Facebook. For years, we’ve focused on building the best experience for sharing photos with your friends and family. Now, we’ll be able to work even more closely with the Instagram team to also offer the best experiences for sharing beautiful mobile photos with people based on your interests.”

If users prefer, they can refrain from sharing content with their Facebook accounts. The SNS is also allowing them to maintain followers and even follow others. The takeover is the first time that the social network has acquired a product, says its founder. The Instagram mobile app first launched on iOS and recently arrived on the Android platform.

As we’ve already noted, the Facebook Instagram acquisition is expected to close later this quarter for an amount of $1 billion in cash and shares of the former.