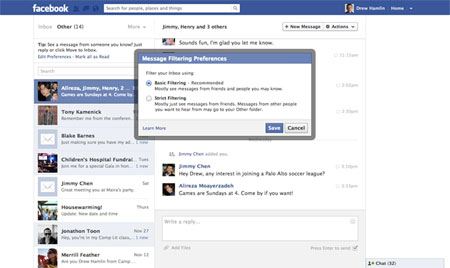 Facebook has announced that it will let users pay to send messages directly to the inbox of a person they don’t know. This message routing feature however, is only available to those in the US and will be done in what the social network calls an ‘inbox delivery test.’ In 2010, the hugely popular SNS introduced the Other folder to keep out messages seen as less relevant or as potential spam.

This ‘small experiment’ will allow a tiny percentage of the site’s users to pay in order to have a message delivered to the inbox of someone they don’t know and are not connected with, rather than have it languish in the recipient’s Other folder. The fee for such a direct delivery is set at $1 for the duration of Facebook’s experiment.

This is allegedly being tried out as ‘several commentators and researchers have noted’ that it will be the best way to discourage people from sending messages to those they don’t know. It is also said to streamline the process of delivering relevant content to user’s inboxes.

As it is, two methods are used to keep unwanted stuff out of a user’s inbox. The company uses social signals and algorithmic signals to identify spam, and even broader signals from the social graph are taken into account. The above-mentioned test is being carried out to cover those situations in which neither social nor algorithmic signals prove adequate.

Rolled out earlier was a new way to sign into messenger using a phone number. And no sooner did this land, than the feedback came pouring in, with some reporting that certain messages we’re not delivered or went unseen in this Other folder. 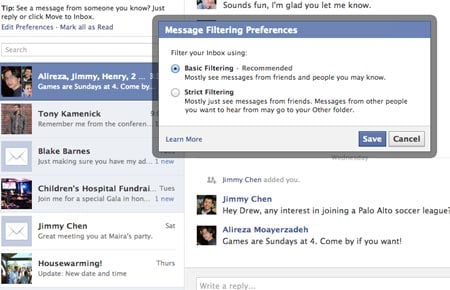 To address this, Facebook is making another change which replaces the setting that allowed users to select who can send them a message, with an ‘up-front’ filter. Two options have been introduced. They are basic filtering and strict filtering.

With basic filtering, users will see messages from friends and other people they may know. By default, this will be set for those who initially had their setting at ‘friends of friends’ or ‘everyone.’ With strict filtering, users will only see messages from friends and this will apply to those who had their setting to ‘friends.’

Seeing a growing number of irrelevant inbox messages? That could be down to Facebook’s pay to message feature. The good news: the number of messages routed from the Other folder into a user’s inbox is capped at one per week. Feel free to lament on in the comments section below.