There were rumors that Facebook would launch a social magazine-like application called Paper and here it is, hot off the press. Well, it’s been announced, but you’ll have to wait until February 3 to download the app. The news comes amidst rumblings, albeit unproven, saying that the network will need to work harder to keep its users.

Alright, so you’ll point out many great changes which have come to Facebook before this and also insist that Paper is an application. It’s not an overhauled version of the social networking website. You could compare it to a newspaper or magazine that’s constantly updated with a stream of content you might want to see. 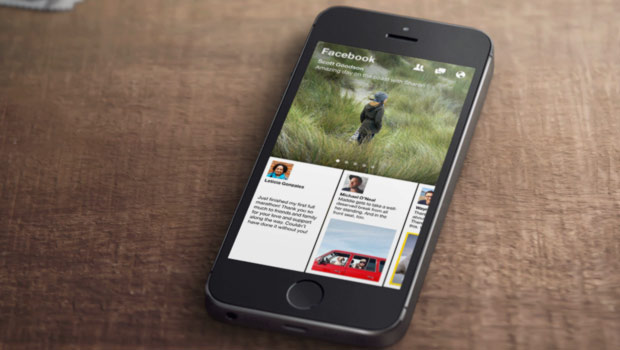 But it’s still essentially Facebook dishing out updates via News Feed in the first section of your paper. Apart from staying in the loop on what other users are sharing, you will also be able to check out the latest and most popular stories that have been hitting the headlines as well as interesting blog posts.

The content you stumble into will be based on the sections you’ve chosen. These cover news as well as beat around specific themes such as food, photography, pop culture, nature and so on and so forth. The only problem is, Facebook will be rolling out the app for iPhone, but hasn’t yet mentioned anything about taking it to Android.

Paper is the first Facebook Creative Labs offering, an initiative through which the company’s developers claim to be ‘crafting new apps to support the diverse ways people want to connect and share.’ So we may see more this year. The standard Facebook for iOS started to feel totally lame now?