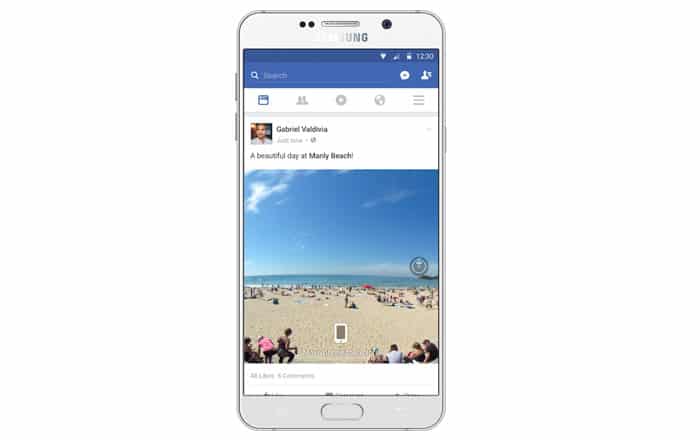 Keeping the virtual reality trend in mind, Facebook is all set to introduce a new 360-degree photo feature to its News Feeds. This is no big surprise considering that the social network already has 360-degree videos playing on its platform since last year.

Facebook seems to be quite late to the party though, as Google has had a similar feature in the form of Photospheres since 2012. These spherical images can be captured with the company’s Android camera app using a pretty painstaking method.

As for Facebook’s 360-degree photos, they will be captured with special 360-degree cameras that are being sold out there. If those are not within your reach, you can also capture panaoramas and upload them to the social network, but they won’t be same as 360-degree photos of course.

Users who see these pictures on their News Feeds will be able to interact with them by tilting their phones. And those who are using the web version of the service will be able to move them by dragging the image with the cursor. It’s no surprise that the 360-degree photographs on Facebook will work with Oculus Rift and Samsung’s Gear VR as well.

Virtual reality is the buzz word this year, and there’s no escaping new things that are making this technology richer than ever. With Facebook having the ownership of Oculus, Google will really need to step up its game and it seems it will be doing just that by unveiling its own VR platform at this year’s I/O conference.

Facebook’s 360-degree photos will be seen arriving in the coming weeks, but there’s no particular date to look forward to.